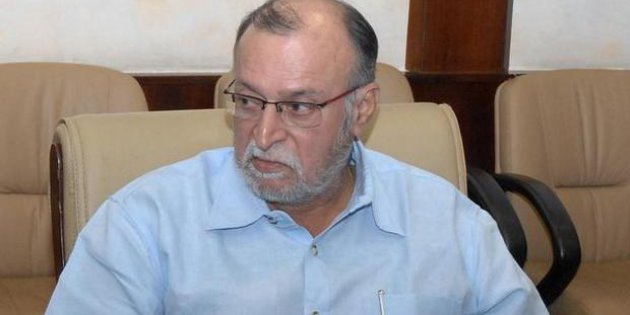 Delhi Tourism and Culture Minister Kapil Mishra welcomed Baijal’s appointment as Delhi’s Lt. Governor and said he was hopeful of cooperation from the new Lt. Governor.

“I welcome his (Baijal’s) appointment. I am hopeful that the new L-G will clear several development projects of the government which have been stopped. Hopefully the blockade will end now,” Mishra told IANS.

An official statement earlier announced: “The President has been pleased to appoint Anil Baijal to be the Lt. Governor of National Capital Territory of Delhi with effect from the date he assumes charge of his office.”

“The President has accepted Jung’s resignation as Lt. Governor of Delhi,” the statement read.

Baijal’s appointment came a week after Jung suddenly resigned on December 22, taking everyone by surprise.

Welcoming Baijal’s appointment, Delhi Congress chief Ajay Maken said that he hoped Baijal would be “impartial in his dealings” and will release the Shunglu Committee report that reportedly slams the Kejriwal government for its irregularities.

“We expect Anil Baijal to release Shunglu Committee report on corruption of AAP government soon after taking over!” Maken tweeted.

Jung set up a three-member committee to study alleged irregularities of the AAP government following an August 4 Delhi High Court ruling that accorded primacy to the LG in Delhi’s administration.

The committee, headed by former Comptroller and Auditor General V.K. Shunglu, submitted its report to the Lt. Governor on November 27.

“He only followed constitutional steps which were opposed by the Delhi government,” Singh said.

A 1969 batch Indian Administrative Service officer, Baijal was in the executive council of the think-tank Vivekananda International Foundation.

He retired in 2006 as the Union Urban Development Secretary.

In his long career of 37 years, he held several eminent positions including that of Union Home Secretary, Chairman and Managing Director of Indian Airlines, Additional Secretary at the Ministry of Information and Broadcasting, and Joint Secretary in the Ministry of Civil Aviation.