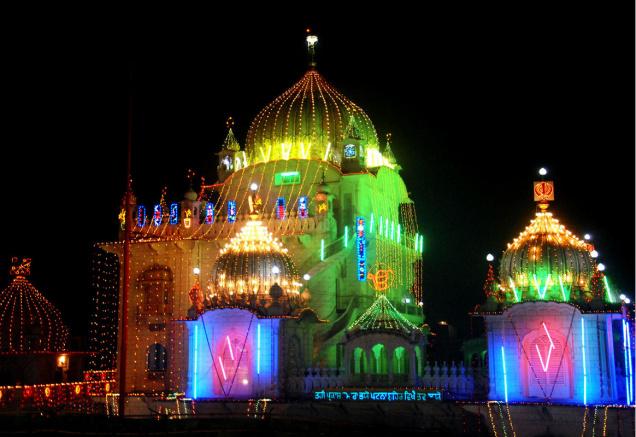 Patna, 22 Dec 2016 :  Patna to Patna Saheb has truly turned into a ‘mini Punjab’ on the 350th birth anniversary of the 10th Sikh Guru Gobind Singh which started with the Prakash Parv on Thursday.

The Bihar capital has transformed into a special tent city with accommodation of every form packed to its brim till January 7, 2017.

“Patna to Patna Saheb, the birth place of Guru Gobind Singhji, is Mini Punjab for these next ten days thanks to overwhelming response of the devotees,” Patna District Magistrate Sanjay Kumar Agrawal said.

Thousands of Sikh devotees from India and abroad (Britain, the US, Canada, Nepal) have already confirmed their participation and booked tents, hotels, guest houses, ashrams and community halls, spread all over.

The state is expecting nearly four to five lakh devotees, mainly Sikh to visit Patna in the coming week.

Top officials from both the government and the Takht of Sri Harmandir Saheb are involved in the preparations for the utsav at Patna Saheb, the main shrine.

More than 60 per cent of the three major tent cities have already been booked by devotees, and we still have over a week to go, Agrawal said.

All the 77 rooms in the posh Hotel Maurya near Gandhi Maidan here, is taken, for the first week in the New Year, Manager Grish Sinha told.

Most of Sinha’s guests are from Britain, the US and Canada. “There are guests from India, too, he added.

“We are inundated with booking requests but can’t help. There are no rooms available,” Sunil Kumar Singh, an official of Gargee Grand said.

The officials at all these hotels claim to have made special arrangements for their guests comfortable stay.

Three tent cities have been constructed over 62 acres at the sprawling Gandhi Maidan, 12 acres at Kangaan Ghat, and over 65 acres at Malaichak Bypass here by the state.

The district officials estimated that more than 60,000 devotees would be provided accommodation in these tent cities.

The Kangan Ghat beds are, however, reserved for the ‘sewadars’ from different Gurudwaras.

Close on their hills are many more from Telangana, Karnatka, Assam, Rajasthan, who have have booked in the tent cities.

The Bihar Tourism Department on its website has provided a list of 133 hotels and lodges that have over 6,000 rooms and a list of 60 community halls for Sikh devotees.

The main function would be held on January 5, in which Prime Minister Narendra Modi would participate along with Punjab Chief Minister Parkash Singh Badal and several other Sikh dignitaries from India and abroad.

Earlier, Bihar had announced a three-day holiday during the ‘Prakash-Parv’ at Takht Harmandir Sahib, the birthplace of the 10th Sikh Guru.

He said all those devotees who failed accomodation elsewhere, would be provided accommodation in over 70 schools and other places here.

The Takht has four guest-hosues with nearly 250 rooms, while the Baal Leela Gurdwara has 225 rooms, he added.

Takht Sri Harmandirji Sahib, widely known as Patna Sahib, was about 10 km from Patna and was built in the 1950s over the remains of a structure erected by Maharaja Ranjit Singh.

Guru Gobind Singh was born in 1666 to Guru Tegh Bahadur, the ninth Sikh Guru and Mata Gujri. He was formally installed as the leader of the Sikhs at the age of nine, becoming the last of the living Sikh Gurus.

NCLT has not granted any interim relief to Mistry: Tata Sons

‘Pakistan on verge of multi-organ failure’