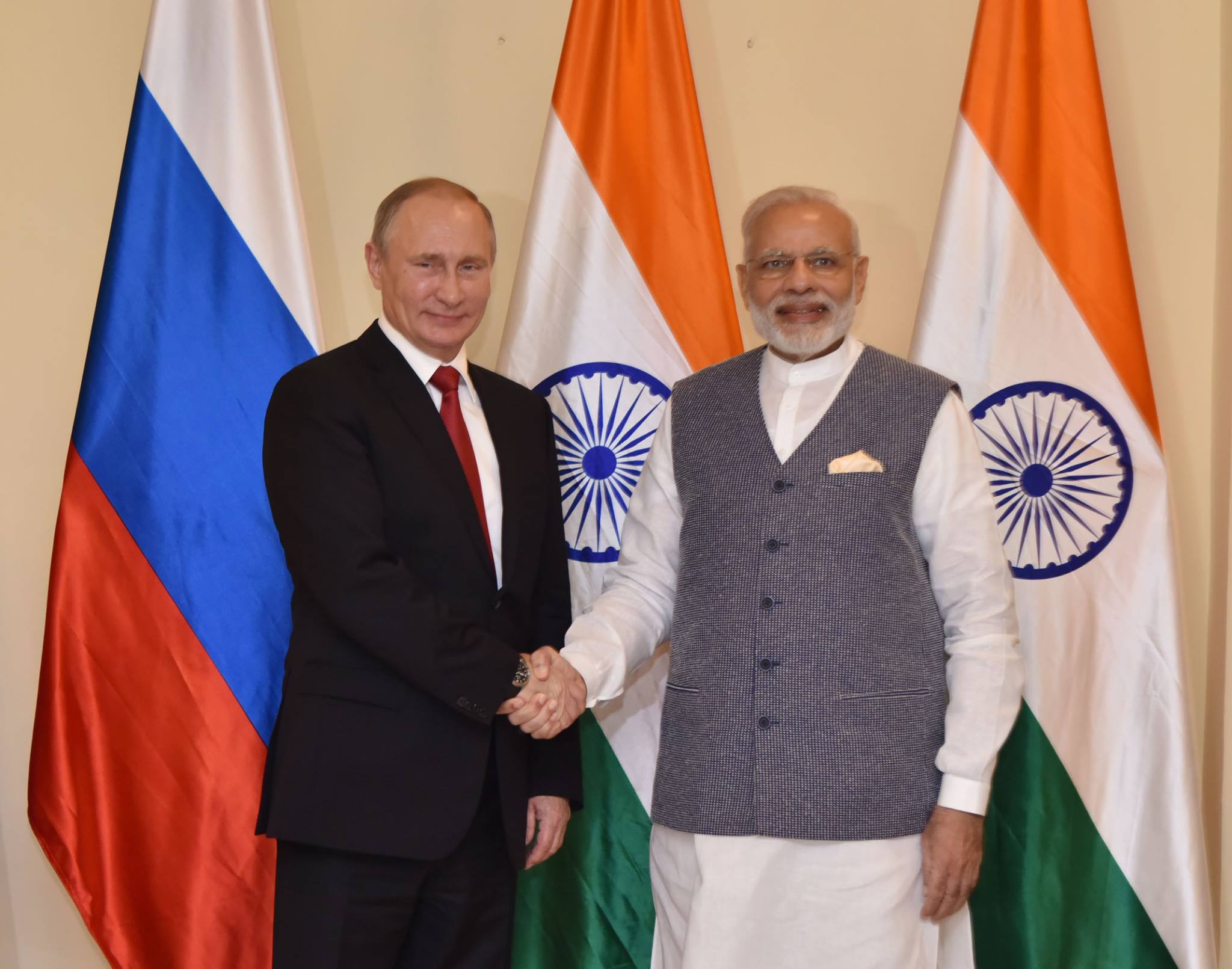 In a joint media conference with visiting President Vladimir Putin, Modi said he deeply appreciated Russia’s support of “our actions to fight cross-border terrorism that threatens our entire region”.

Modi didn’t name Pakistan or mention the September 29 cross-border raids by elite Indian commandos. But a joint statement issued after his meeting with Putin said that the President “reaffirmed Russia’s continued commitment… and noted the commonality of positions of both the countries on issues (like) war on terrorism”.

Asked if Modi’s remarks pertain to the surgical strikes by the Indian Army, Foreign Secretary S. Jaishankar, in a separate news conference, referred to the joint statement that said “the Indian side expressed its appreciation for Russia’s unequivocal condemnation of the terrorist attack on (the) army base in Uri”.

Modi and Putin “strongly condemned terrorism in all its forms and manifestations, and emphasised the necessity of comprehensive international collaboration in order to ensure its eradication”, the joint statement said.

With President Putin standing next to him, Modi told reporters that “Russia’s clear stand on the need to combat terrorism mirrors our own”.

The Prime Minister’s remarks are significant as India has launched a diplomatic blitz to isolate Pakistan, a country it accuses of sponsoring and aiding cross-border terrorism.

Prime Minister Modi hailed Russia as “an old friend of India” and said the ties between the two countries were “truly privileged and unique”.

“Your personal attention has been a source of strength to our relationship, your leadership provided stability and substance to our strategic partnership. Ours is a truly privileged relationship,” Modi said after “highly productive” talks with Putin.

The two leaders also inaugurated units 3 and 4 of the Kudankulam nuclear plant after India and Russia signed 16 agreements, including on energy, defence and economic cooperation, and also announced three deals across different sectors.

Related Topics:Anti-terrorRussiaSurgical strikes
Up Next

24 killed, over 60 injured in Varanasi stampede