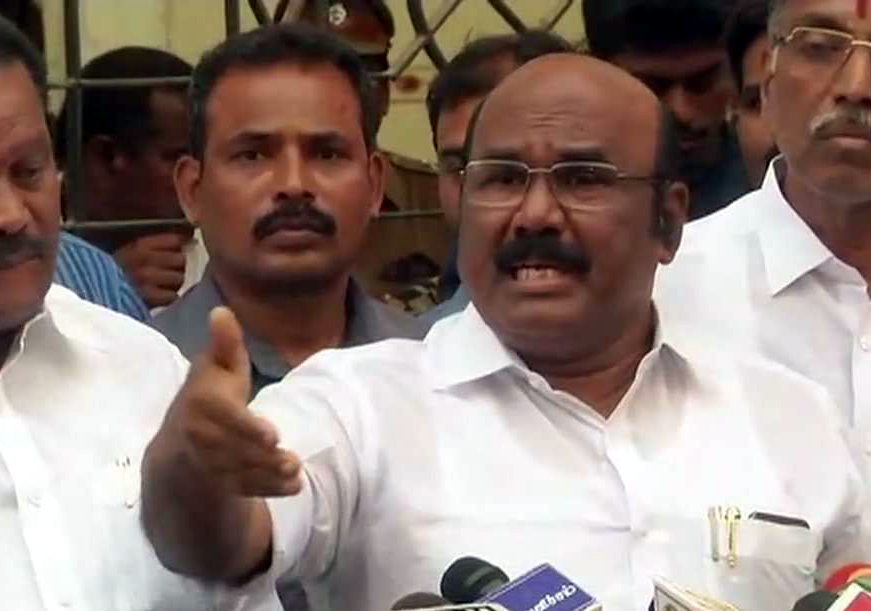 Chennai, 3 December : Led by Vaiko, the MDMK on Monday staged a protest here demanding that Tamil Nadu Governor Banwarilal Purohit release the seven persons serving life imprisonment in the Rajiv Gandhi assassination case. Members of opposition parties like DMK, CPI, CPI-M and others extended support to the protest demanding their release in line with a resolution passed by the Tamil Nadu cabinet.

Addressing the gathering, Vaiko said Purohit should release the seven convicts under Article 161 of the Constitution. The seven are Perarivalan, Murugan, Nalini, Shanthan, Ravichandran, Jayakumar and Robert Pyas.

Vaiko and others said the seven had been in jail for the past 27 years — since a suicide bomber blew up former Prime Minister Rajiv Gandhi at an election rally near here on May 21, 1991.

Later, Vaiko and many others were detained by the police. Meanwhile, a television journalist was attacked allegedly by a DMK worker who was involved in a dispute at a tea stall near the protest venue. But DMK President M.K. Stalin denied the attacker belonged to his party.

The DMK asked the police to take stringent action against the attacker.