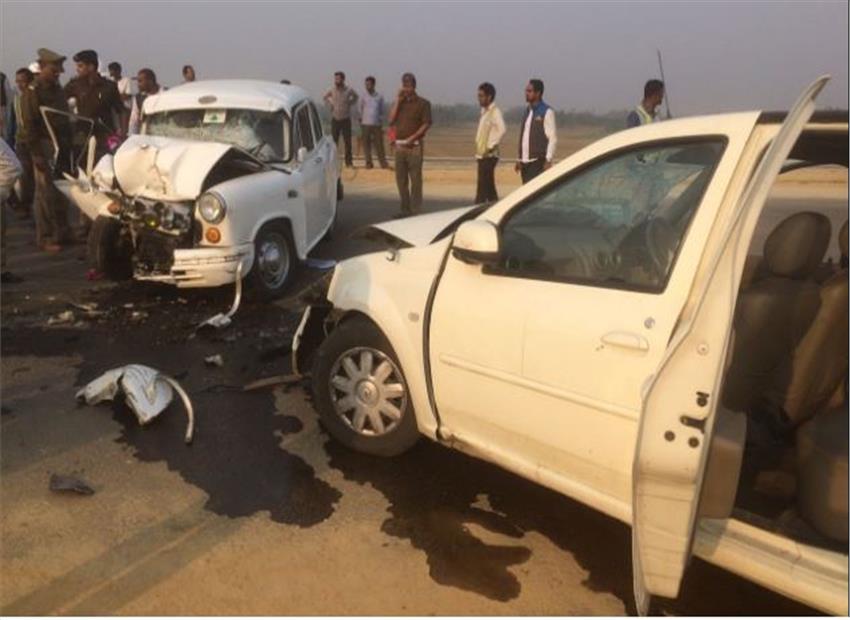 Lucknow, 18 Nov 2016 : Senior Uttar Pradesh IAS officer Navneet Sehgal was seriously injured when the car he was in collided head-on with another vehicle on the Agra-Lucknow Expressway in the state’s Unnao district on Friday. Four other persons, including a senior IANS journalist, were also injured in the accident, a police officer said.

UP Principal Secretary Information Navneet Sehgal, who is admitted to the Trauma Centre of King George’s Medical University, is out of danger, though he continues to be critical, Unnao District Magistrate Surendra Singh told.

The accident took place in Hasanganj on the Agra-Lucknow Expressway.

According to Singh, the accident took place due to the dust clouds impeding visibility of the car.

The driver of the official white Ambassador car that Sehgal and Dubey were in is seriously injured.

Sehgal was returning from the rehearsal of Indian Air Force fighter jets’ landing and takeoff manoeuvers on an airstrip on the expressway, when the accident occurred.

Two other persons from the other car, a Renault Sedan, were also injured.