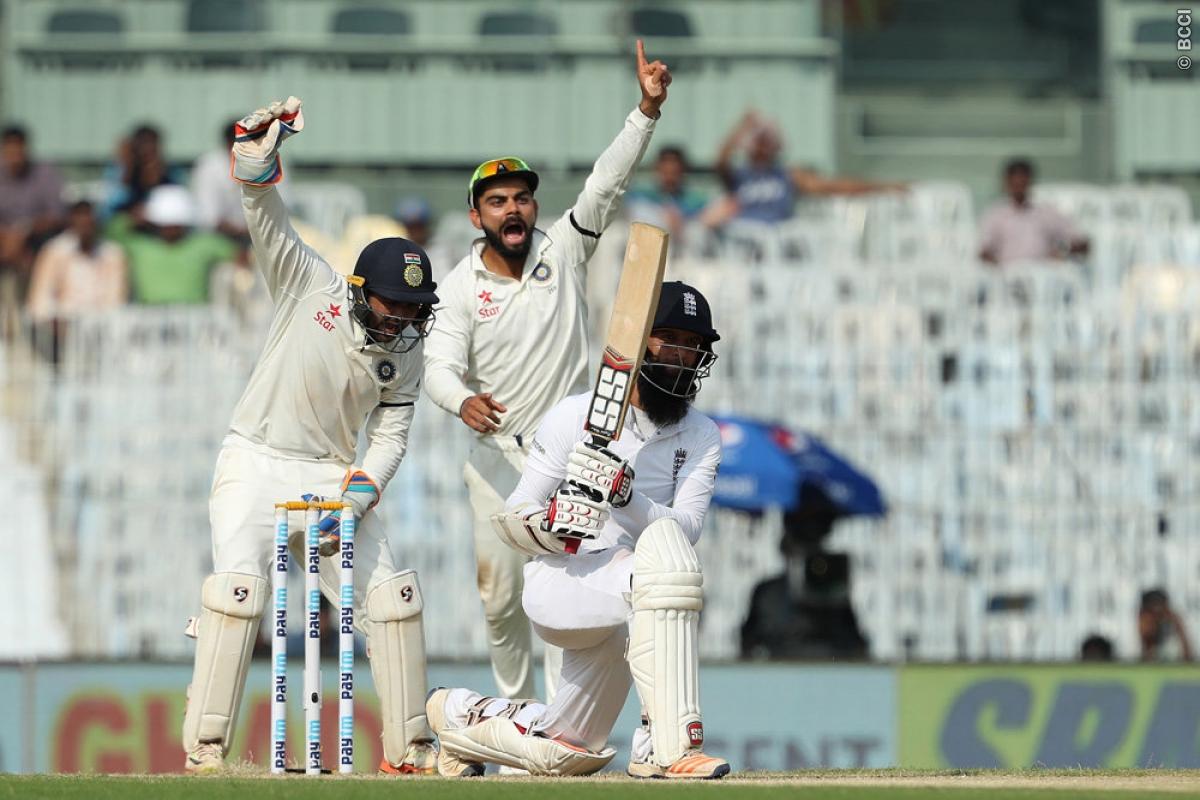 Chennai, 16 Dec 2016 : Moeen Ali led the way with a century as the England batsmen recovered after some early trouble to post 284/4 in their first innings on the opening day of the fifth and final cricket Test here on Friday.

Ali was unbeaten on 120 at the close with Ben Stokes batting on five at the other end.  Ali was involved in two crucial partnerships of 146 and 86 runs with Joe Root and Jonny Bairstow, respectively.

Root was unlucky to miss out on what would have been a well-deserved century as he was snared by left-arm spinner Ravindra Jadeja while on 88 following an unsuccessful review. Bairstow also continued his good form in the series, scoring 49 runs off 90 balls which included three sixes. He was denied a half-century by Jadeja when another attempted big shot found Lokesh Rahul in the cover region.

Jadeja was the most successful among the Indian bowlers with figures of 3/73.

Electing to bat after winning the toss, England were in trouble in the morning session as the Indian bowlers struck early blows to dismiss openers Alistair Cook and Keaton Jennings cheaply.

Pacer Ishant Sharma struck the first blow for the hosts by sending back the in-form Jennings. The England opener attempted to drive a delivery which was slightly outside the off-stump only to offer an easy chance to wicketkeeper Parthiv Patel.

Jadeja continued his excellent record against Cook, inducing an outer edge from the England captain that was snapped up by his Indian counterpart Virat Kohli in the slips.

It was the fifth time in the series that Jadeja had dismissed Cook. With England struggling at 21/2, Root and Ali took on the task of bringing the visitors’ innings back on track and the hosts will have to wait quite a while before having the chance to celebrate another wicket.

Jadeja finally broke the partnership shortly before tea when Root tried to sweep one which was spinning away.

After Root decided to review the umpire’s decision, television replays revealed that the ball had taken a slight nick off the lower edge of the bat on its way to the wicketkeeper. Bairstow then joined Ali in the middle and the duo continued to consolidate the England innings.

Fifth Test: India reach 60/0 at stumps on Day 2 vs England

India’s ‘Visaranai’ out of Oscar race, all eyes on Rahman 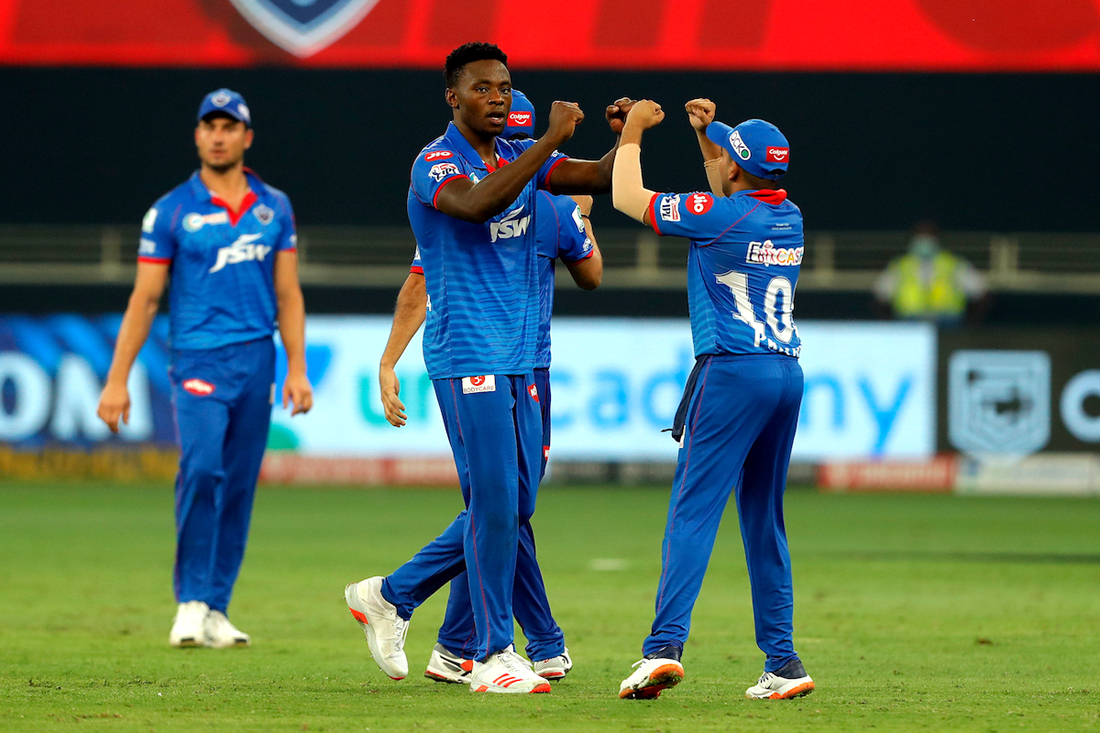 Dubai, 21 September: The second match of the season played in the 13th season of the Indian Premier League (IPL) between Delhi Capitals and Kings XI Punjab at the Dubai International Stadium on Sunday was thrilled, with Delhi winning the Super Over.