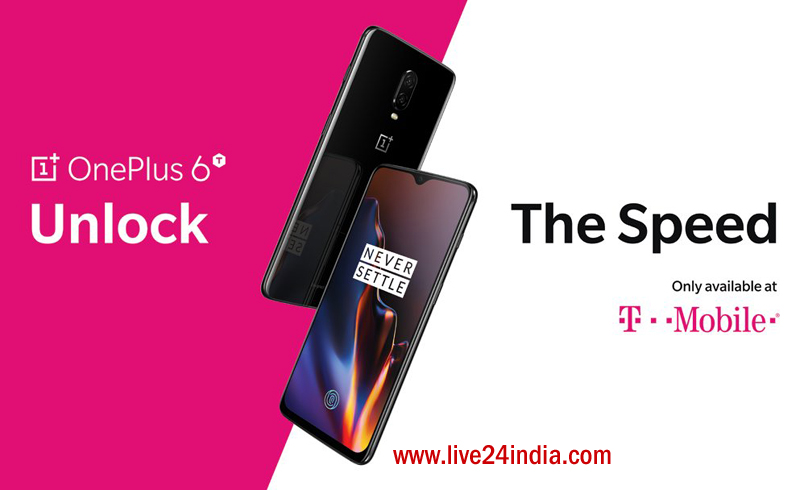 New York, 30 October : With the launch of OnePlus 6T at an event here, Chinese smartphone maker OnePlus late Monday marked its entry into the US after partnering with mobile services operator T-Mobile.

“The OnePlus 6T and T-Mobile’s LTE network were made for each other. Customers have been asking us to help bring OnePlus to the US. We listened and delivered,” John Legere, CEO of T-Mobile, said in a statement.

“We found a kindred spirit in OnePlus — a company who is just as focused and customer experience obsessed as the Un-carrier.”

The five-year-old Chinese smartphone player’s new device is in line with the recent leaks and features a very small waterdrop style notch, high-end specifications and an affordable price when compared against the 2018 flagship competition.

“The OnePlus 6T is coming exclusively to the Un-carrier, making T-Mobile the first and only wireless provider in the United States to offer a OnePlus device ever! And to celebrate, T-Mobile customers can get their hands on this super hot superphone for more than half off,” the company said.

Un-carrier customers can snap one up earlier than anyone else exclusively at the T-Mobile Times Square store starting Tuesday. Starting November 1, the OnePlus 6T goes on sale nationwide in T-Mobile stores and on T-Mobile.com. The OnePlus 6T packs 128GB of internal storage and 8GB RAM and the much talked about fingerprint under display functionality.

There’s a flagship Qualcomm Snapdragon 845 processer under the hood, a 16MP + 20MP dual rear camera and 16MP front facing camera. The company has included a fast-charging 3700mAh battery and a 6.41-inch 2K OLED screen. The Shenzhen-based smartphone company was set to launch the handset at an event in India on Tuesday.