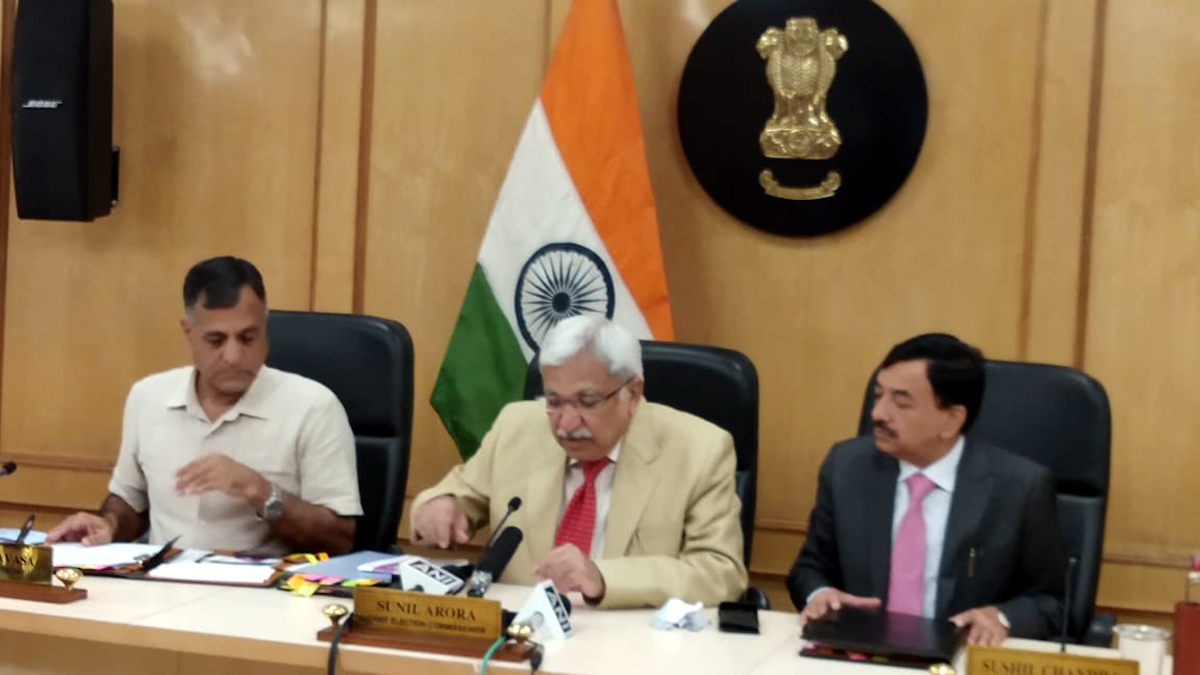 New Delhi, 21 Sep : The Election Commission of India on Saturday announced the date of Punjab Bypolls for four Vidhan Sabha seats. The Chief Election Commissioner, Sunil Arora while addressing media, announced October 21 as the polling date, while the counting will be done on October 24. The four Vidhan Sabha constituencies are Jalalabad , Phagwara , Dakha and Mukerian. Likewise, the results of the by polls will be declared on October 24.

Also, the Chief Election Commissioner, Sunil Arora announced the dates for Assembly Election 2019 in Haryana and Maharashtra. The voting will be done on October 21, 2019, while the counting will take place on October 24.

New Delhi, 27 May : The Indian Air Force (IAF) on Wednesday operationalised its no.18 Squadron, the “Flying Bullets”, at Sulur near here, equipping it with the fourth generation Mk1 LCA (Light Combat Aircraft) Tejas.

The indigenous tailless compound delta-wing aircraft was inducted at an official ceremony in the presence of Air Chief Marshal RKS Bhadauria at the Sulur Air Force Station.

The No.18 Squadron will be the second one to have the home-made Tejas, after the 45 Squadron based here.

An all-faith prayer was held and a coconut broken to mark the induction of Tejas today.

The No 18 Squadron, formed in 1965 with the motto “Teevra aur Nirbhaya” meaning “Swift and Fearless,” was earlier flying MiG 27 aircraft.

San Francisco, 30 April : Facebook’s over Rs 43,000 crore investment in Jio Platforms will help the social networking giant build similar products for the other key markets around the world, according to CEO Mark Zuckerberg.

Facebook, which has long been striving to enter the big club of the ecommerce world, has chosen India in a significant move to begin its global ecommerce journey with investing $5.7 billion (approx. Rs 43,574 crore) in Reliance Jio, sounding the bugle to take on ecommerce behemoth Amazon and Walmart in the long run.

“Certainly all the products and technology that we’re building to enable that (Jio) partnership are going to be things that we want to do around the world. So we’re very excited about working with them to drive this vision forward and then extending it everywhere over the coming months and years,” Zuckerberg told the analysts during an earnings call late Wednesday.