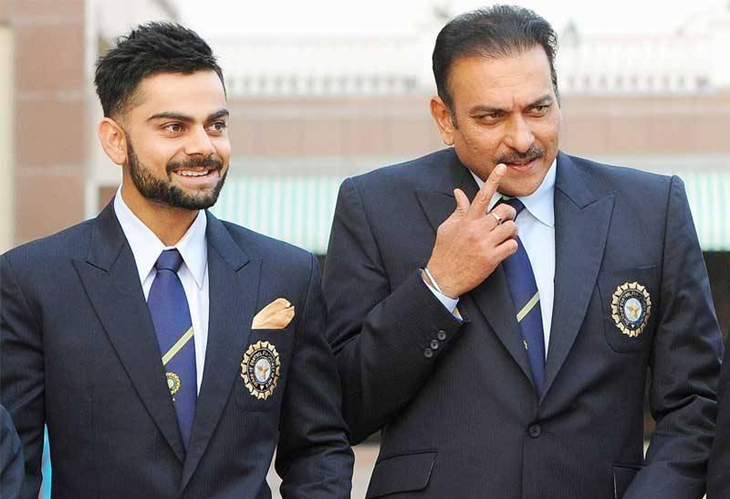 New Delhi, 11 July 2017 : Ending weeks of speculations, the Board of Control for Cricket in India (BCCI) on Tuesday announced Ravi Shastri as the new coach of the Indian cricket team. Shastri wins five-way battle to grab the post until 2019 Cricket World Cup.

Shastri, who was considered as the front-runner for the job ever since he had expressed his desire to apply for the post, edged past the other five candidates who were interviewed in the all-important meeting in Mumbai.

Since the sudden release of a statement by India’s cricketing board in late May, calling for fresh applicants for the post of India’s Head coach, BCCI headquarters had received a total of 10 applications which included – Shastri, Virender Sehwag, Richard Pybus, Tom Moody, Dodda Ganesh, Lalchand Rajput, Phil Simmons, Lance Klusener, Rakesh Sharma (Oman national team coach), and Upendranath Bramhachari (an engineer with no cricketing background).

It was only on late Sunday morning that it was revealed that CAC would interview just six candidates, namely, Shastri, Virender Sehwag, Tom Moody, Phil Simmons, Richard Pybus and Lalchand Rajput.

Shastri had previously served as the Team Director of the Men in Blue for a span of almost two years. Under his mentorship, India had managed to reach the semi-final stage of the 2015 World Cup and the 2016 World T20. Not only so, India had also attained No. 1 Test ranking, although for a mere eight weeks.

During his time with the national squad, the 55-year-old formed a healthy relationship not only with the skipper Virat Kohli but also with the rest of the members. But all was reduced to sheer disappointment when Anil Kumble was announced as the head coach, back in June 2016.

It is surely a huge responsibility to take on, given Team India’s scintillating run on home turf under Kumble, in the last one year, but Shastri does have the backing not only from the skipper (as reported earlier), but also from few other former greats.