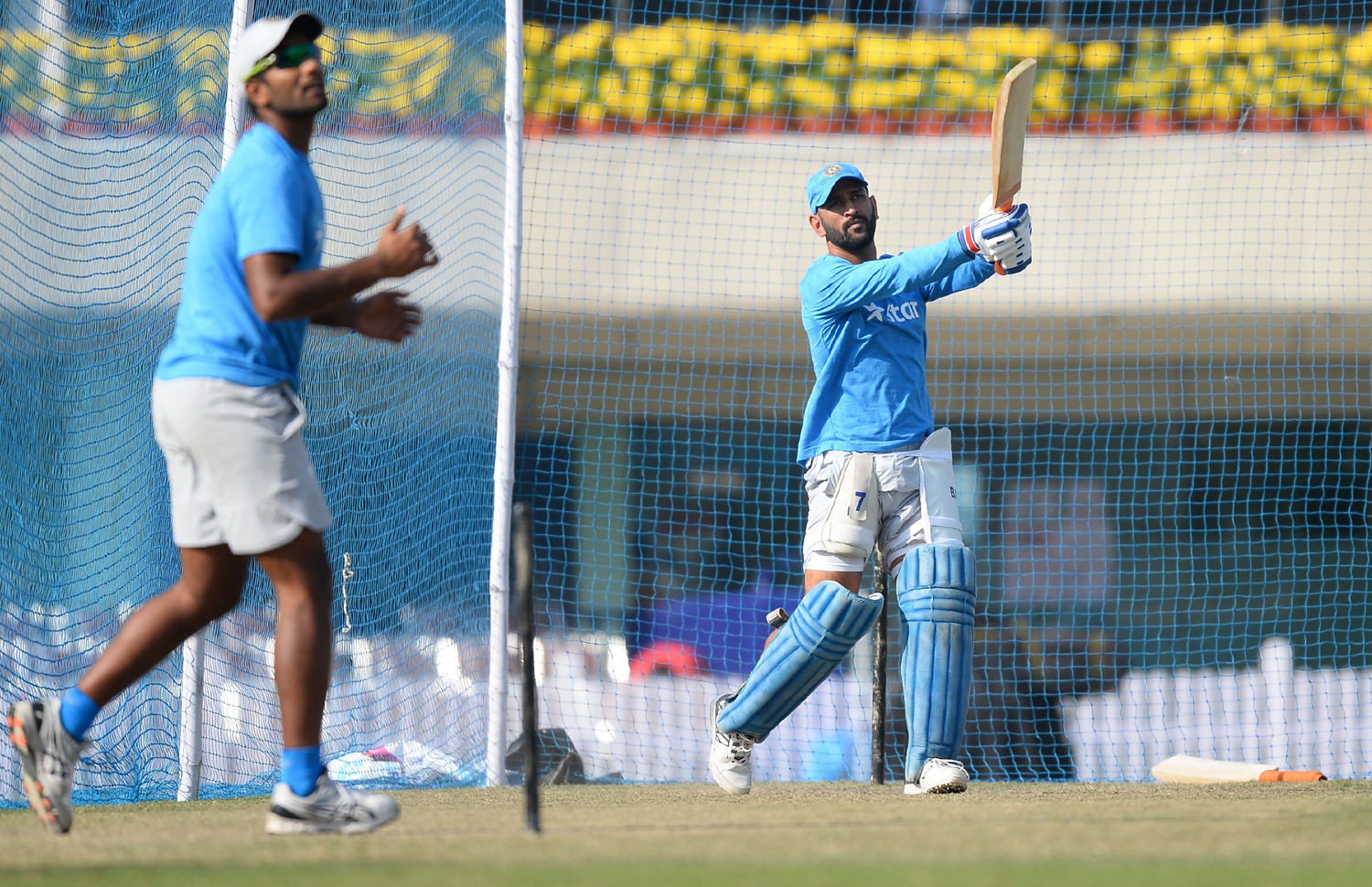 Ranchi, 25 Oct  : After taking a 2-1 lead in the five-match One-Day International (ODI) series, hosts India will aim to pocket the series when they take on New Zealand in the fourth game at the JSCA International Stadium here on Wednesday. Post the six-run setback in the second ODI in Delhi, India got back to their winning ways after thumping the Kiwis by seven wickets at Mohali.

Skipper Mahendra Singh Dhoni (80) and his Test counterpart Virat Kohli (154 not out) joined forces with a brilliant 151-run third wicket stand to outplay the visitors after an inspiring bowling effort by the Indians helped restrict them to a modest total.

Going into the fourth game, all eyes will be on India’s struggling opening duo of Rohit Sharma and Ajinkya Rahane, who have failed to fire in the first three outings.

Rohit has so far managed just 42 runs in the first three matches with a dismal average of 14 while Rahane has got the starts with scores of 33, 28 and 5 but failed to translate his Test form in the 50-over format of the game.

With the track at the JKSA assisting the batsmen, the Ranchi crowd will once again hope for another batting exhibition from the likes of Rohit, Kohli, Rahane, Manish Pandey and local favourite Dhoni.

Dhoni, who came to bat at No.4 in the Mohali match, is once again expected to bat at the same position with Pandey, Maharashtra batter Kedar Jadhav and Baroda all-rounder Hardik Pandya to follow. The bowling department has been very impressive in all the matches so far. Seamer Umesh Yadav will lead the pack consisting of Jasprit Bumrah and Pandya.

Leg-spinner Amit Mishra along with left-armer Axar Patel has also been amongst the wickets but more importantly it is Jadhav, who has proved to be Dhoni’s go-to man in the series so far.

With six wickets in his kitty so far, the diminutive part-time off-spinner has emerged as an effective surprise weapon for Dhoni to put the brakes on during the middle overs.

Moreover, with the selectors retaining the same side for the remaining two games, Dhoni as usual isn’t expected to tinkle with the winning combination.

On the other hand, Wednesday’s encounter will give the New Zealanders a golden opportunity to draw level and go into the final match with a chance.

Barring opener Tom Latham, the Kiwis have failed to ensure a consistent batting effort in the three matches so far.

Skipper Kane Williamson, who hit a century in the Delhi game, will once again be the focal point of the Kiwi batting apart from the likes of Martin Guptill, Ross Taylor, Corey Anderson, Luke Ronchi and James Neesham.

After a dismal Test series, Guptill, who is considered one of the more dangerous ODI openers, has failed to click on all the three occasions.

To add to their woes, the Black Caps lack variety in their bowling. Pacers Tim Southee, Trent Boult Doug Bracewell, Matt Henry have been far from impressive in the sub-continental conditions.

Despite having three spinners in Mitchell Santner, Anton Devcich and Ish Sodhi at his disposal, Williamson’s poor luck at the toss has restrained him from using their services to the fullest where dew played a part in all the three matches so far.