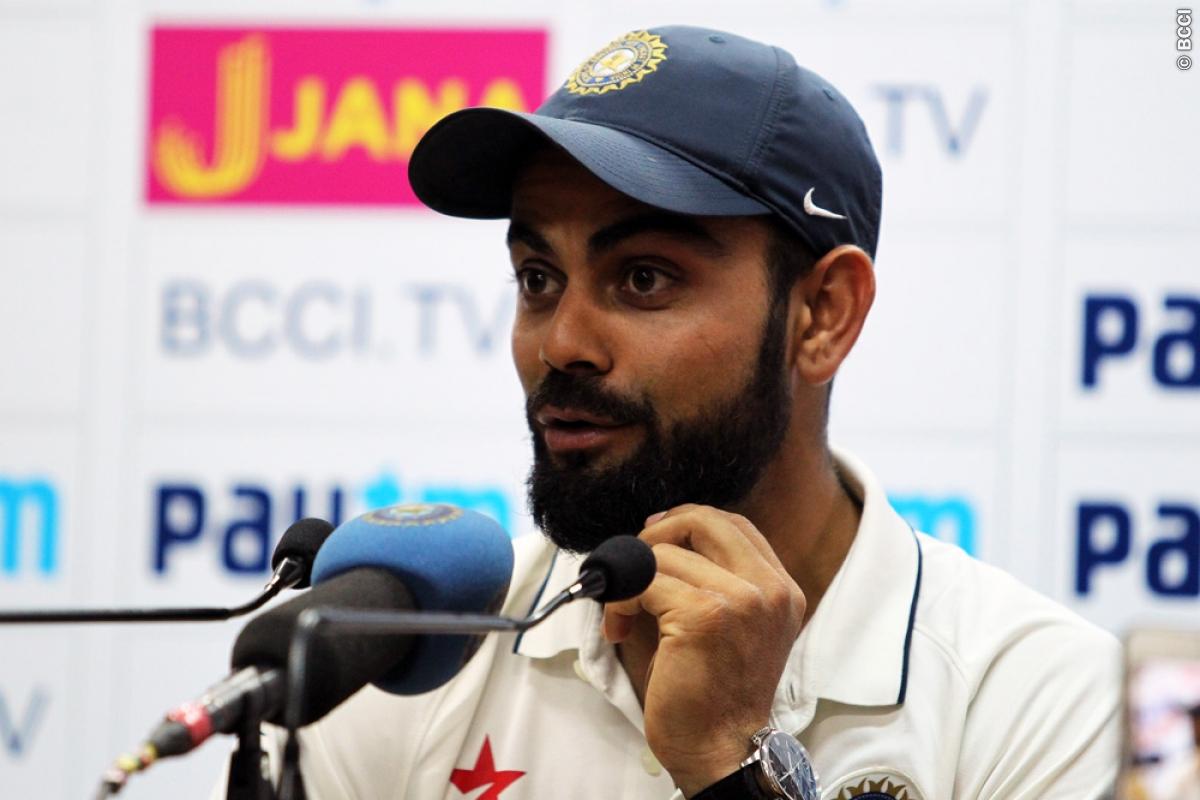 After Tuesday’s win, India have now taken an unassailable 2-0 lead in the five-match Test rubber, after having won the second game at Visakhapatnam by 246 runs.

Kohli, who remained unbeaten on six with opener Parthiv Patel (67 not out off 54 balls) as India overhauled the meagre target of 103 runs in just 20.2 overs, said the team is getting more confident after every win.

“It was amazing to see the lower order contribute which is a proud achievement. That pushes the opposition back. (Ravichandran) Ashwin is a champion No.1 all-rounder, (Ravindra) Jadeja is in the top 10, and for Jayant (Yadav) to show the maturity in his first Tests,” Kohli said in the post-match presentation.

The lower order comprising the three all-rounders — Ashwin (72), Jadeja (90) and Jayant (55) — heavily contributed with the willow during India’s first innings to take the total to 417 and give the hosts a lead of 134 runs after England were bowled out for 283.

“None of the pitches have been turners. We have just played very good cricket. We are getting more and more confident. We lost the toss, bowled them out for 280. We got motivated by that actually,” the Delhi batsman said.

The spin trio of Ashwin (4), Jadeja (4) and Jayant (4) also shared 12 wickets amongst themselves.

“Jayant asked me for the fields he wanted. He took their spinners on. Very happy with the way the guys have stood up. Felt bad for Karun the debutant but he is a good batsman. I am sure he is looking forward to his next Test.”

The 28-year-old also praised his pace duo of Mohammed Shami and Umesh Yadav for rising to the occasion.

“For our quicks to hurry their batsmen is great too. Shami feels the injury was a blessing in disguise. He has become more hard-working. He has come back fitter and stronger,” he said.

“It has been a frustrating four days. Credit to India, they outplayed us. It was a good toss to win. But if you get bowled out for 280 you won’t win games. You need to get 400 on this pitch at least,” he said.

Hailing all-rounder Ben Stokes for his contribution in the match, Cook said: “Stokes is a brilliant player. He gives balance to the team. He is only going to get better and better.”

Cook also praised teenaged opener Haseeb Hameed, who despite being injured remained unbeaten on 59 while batting at No.8, during England’s second innings.

Cook also informed that the right-hander will head back home to nurse his hand injury.

“Haseeb showing character was a positive. Unfortunately Haseeb has to go home. Showed a lot of character to come out and bat,” he said.

The teams will now head to Mumbai to play the fourth match of the series from December 8.