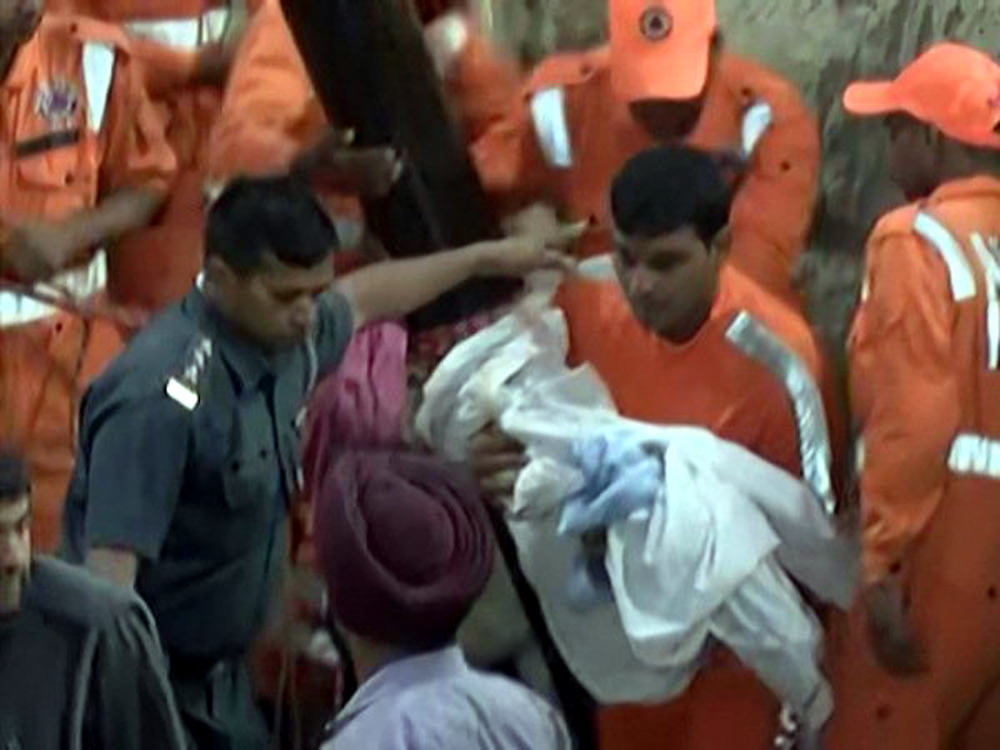 Sangrur, 11 May 2019 : Two-year-old Fatehveer Singh, who had fallen into a borewell in Sangrur and was rescued today morning after the almost 109-hour-long rescue operation, passed away.

He was brought to Post Graduate Institute of Medical Education and Research here after he was rescued from the borewell. His body was kept in the mortuary and will undergo postmortem.

“The body is in a decomposed state and a foul smell is emanating from it. It seems that the child has died two days before,” said a mortuary employee.

The two-year-old boy fell into an abandoned 150-foot borewell on June 6 afternoon outside his house. In the joint operation, the NDRF and local administration dug a parallel pit to rescue the child.

There was not enough space in the 9-inch diameter borewell for the child to make any movements. However, a movement in his body was noticed at wee hours on June 8, almost 40 hours after the incident.

The authorities were keeping a vigil over the child through a small surveillance camera and he was provided oxygen supply through pipes inside the borewell.

The team though was not able to provide him with any juices or food as his face was covered with a jute bag over which he stepped and fell into the borewell.

Earlier, a team of NDRF had tried to pull out the child with the help of rope but the attempt failed.