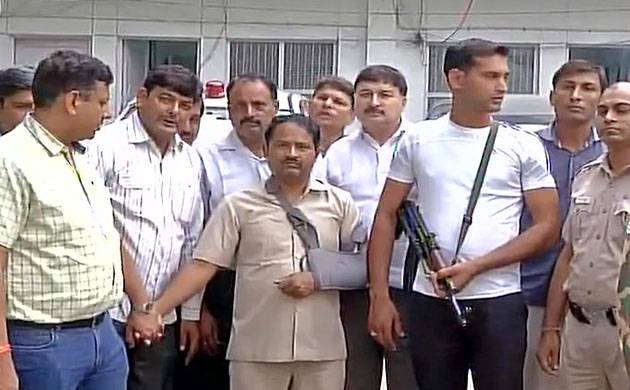 New Delhi, 29 Oct 2016 : An aide to a Samajawadi Party MP was arrested by Delhi Police in connection with an espionage case that led to the expulsion of Pakistan High Commission official, Mehboob Akhtar, from India, police said on Saturday.

However, Farhat was put under arrest on Saturday when police found his “direct involvement” with the three persons arrested as part of a ‘spy ring’ being run by Mehboob Akhtar. The three arrested — Sohaib Nagaur, Maulana Ramzan and Subhash Jangir — hailed from Rajasthan.

According to police, Farhat used to hand over official documents to Akhtar for money. Farhat, along with Ramzan and Jangir, had come in contact with the Pakistan High Commission official, who was an Inter Services Intelligence (ISI) agent, some years ago.

“We have arrested Farhat, involved in the espionage racket; We will take his police Custody (PC) remand for further investigation into the case,” Joint Commissioner of Police, Crime, Ravindra Yadav, told reporters.

On Saturday, the MP sacked Farhat and said he regretted employing him.

Farhat had worked with four Members of Parliament (MPs) during the last 20 years and was fond of forming contacts with political leaders, police said.

After Akhtar was detained, India on Wednesday declared the Pakistani official persona non grata and asked him to leave the country by October 29. Pakistan, in a retaliatory move, sent back a junior official of the Indian High Commission.

This Diwali to be more polluted than last two years