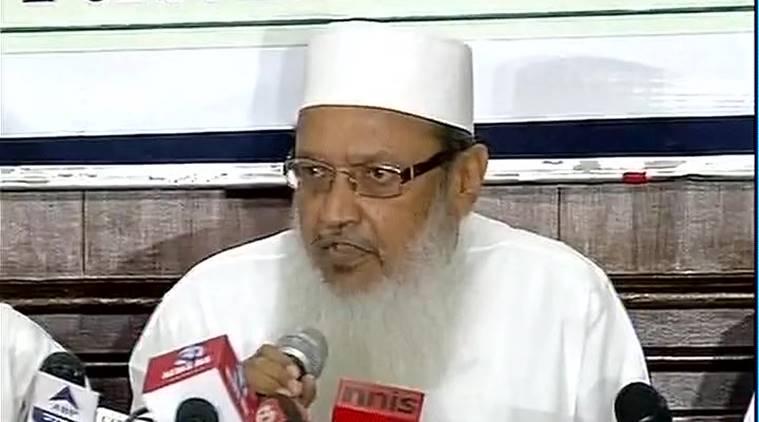 New Delhi,  13 Oct  : Days after law commission asked for opinions on Islamic practice of Triple talaq’s abolition, and whether a uniform civil code should be optional, the All India Muslim Personal Law Board (AIMPLB) announced its boycott of the law commission’s questionnaire on Tuesday.

It believes that India’s diversity of cultures needs to be respected and uniform civil code is not good for this nation. Adding to the thought, Hazrat Maulana Wali Rehman of Muslim Personal Law Board said, “We will boycott the law commission, the law commission is biased.” He says that it is not independent, but working as a government body.

AIMPLB stated that they were living in India with an agreement held by the Constitution with the freedom live and practice their religion freely. He added that even though Muslims equally participated in Independence struggle, their participation is always underestimated.

He added, “In America, everyone follows their personal laws and identity, how come our nation doesn’t want to follow their steps in this matter?”

On the other hand, Muslim women wholeheartedly welcome the government’s stand that triple-talaq violated the women’s equality and must go. Zee News has quoted women saying, “We welcome the clear statement in the (government) affidavit that practices such as Triple Talaq, Nikah Halala and polygamy are violative of womens’ equality and dignity and therefore need to be abolished.”

“The Constitution allows for personal laws with the objective of upholding diversity and pluralism in our country. But it nowhere sanctions violation of the principles of gender justice,” they added.

On Monday, law commission had sought public views to revise and reform family laws. It has also sought to know whether the uniform code should include subjects like divorce, marriage, adoption, child custody, succession and inheritance.

Commission says that main objective behind the endeavour is to address discrimination against vulnerable groups and harmonise the various cultural practices even as it assured the people that the “norms of no one class, group or community will dominate the tone and tenor of family law reforms”.