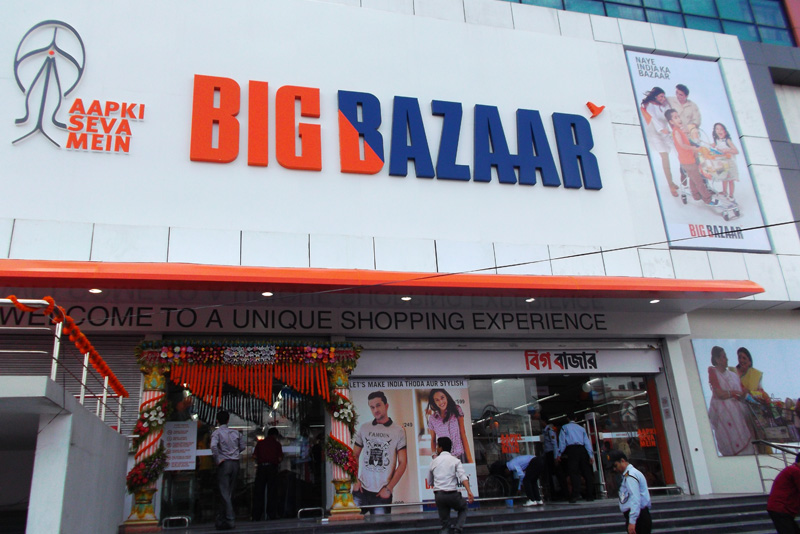 New Delhi, 22 Nov 2016 : With the public still facing cash crunch, Big Bazaar today announced that customers can withdraw cash up to Rs 2,000 by using debit cards at all its stores from November 24.

In a statement, the Future Retail firm said all its stores, along with all fbb ones, “will be enabled to allow customers to withdraw up to Rs 2,000 from their own bank accounts, using their debit/ATM cards”.

It said the facility is now available at 258 Big Bazaar and fbb stores in over 115 cities and towns across the country.

State Bank of India has helped Big Bazaar activate this facility through the bank’s Cash at POS machines. Customers can withdraw cash from their bank accounts of any scheduled bank in the country, the company said.

“We are trying hard to ease any difficulties faced by customers due to the demonetisation of some currency notes and support the government’s initiative in meeting its objective,” Kishore Biyani, Chairman, Future Retail, said.

“Now with customers being able to withdraw cash at Big Bazaar stores, they are welcome to visit our stores instead of qeueing up at banks and ATMs.”

Customers can follow four simple steps to withdraw cash: Visit the dedicated cash counter at the store, swipe their debit/ATM cards, enter the PIN and withdraw up to Rs 2,000 from their accounts.

The cash withdrawal facility will be subject to all applicable restrictions imposed by banks, Reserve Bank of India and government notifications from time to time.

The government recently allowed the withdrawal of cash of up to a limit of Rs 2,000 by swiping debit cards at select petrol pumps using point-of-sale transactions (POS) machines.