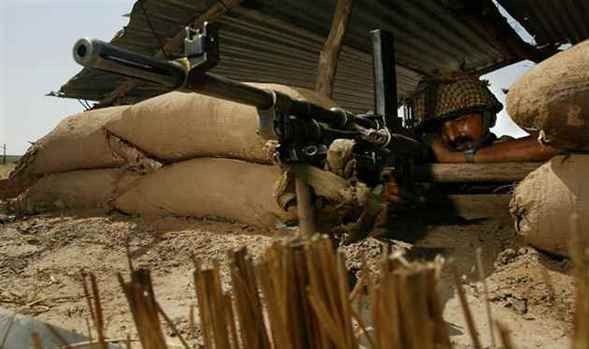 Jammu, 21 Nov 2016 : One Border Security Force (BSF) trooper was killed and seven others were injured on Monday in Pakistan firing on the Line of Control in Jammu’s Rajouri district, an official said.

“One BSF trooper was killed, while three others — four of the Army and three BSF troopers — were injured,” he added.

The Army said that four of its soldiers were also injured in another ceasefire violation by Pakistan during the night in Naushera sector.

Related Topics:BSFkilledLocPakistan firing
Up Next