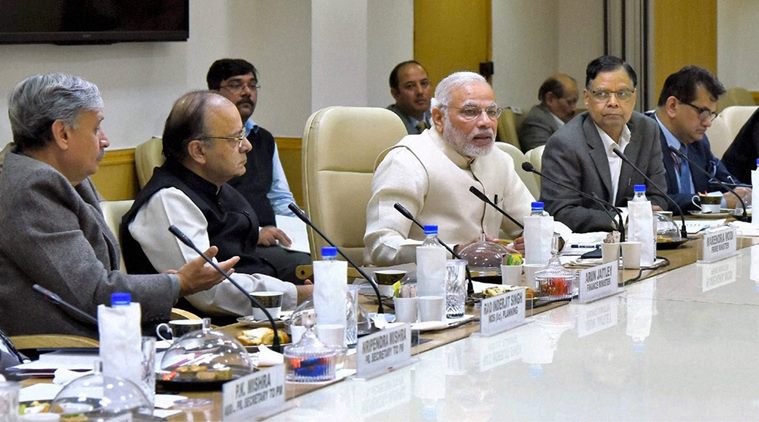 Anyone possessing old, banned notes post March 31, 2017 will have to face 4-year jail term and those involved in transactions have to pay a penalty of Rs 5000. New Delhi, 28 Dec 2016 : The Cabinet on Wednesday approved an ordinance to impose penalties on anyone possessing the demonetised Rs 500 and Rs 1,000 notes.

The penalty for holding old currency in excess of 10 notes may include financial fines and a jail term of up to 4 years in certain cases.

The ordinance, named as ‘The Specified Bank Notes Cessation of Liabilities Ordinance’, is to extinguish liability of government and RBI on the demonetised high-denomination notes.

In a surprise announcement by Prime Minister Narendra Modi on November 8, Rs 500 and Rs 1000 notes were declared as illegal currency.

The government had, while announcing the demonetisation of the old currency on November 8, allowed holders to either exchange them or deposit in bank and post office accounts. While the facility to exchange the old notes has since been withdrawn, depositors have time till Friday to deposit the holding in their accounts.

In 1978, a similar ordinance was issued to end the government’s liability after Rs 1,000, Rs 5,000 and Rs 10,000 notes were demonetised by the Janata Party government under Morarji Desai.

Delhi MLA Jarnail to contest against CM Badal in Punjab