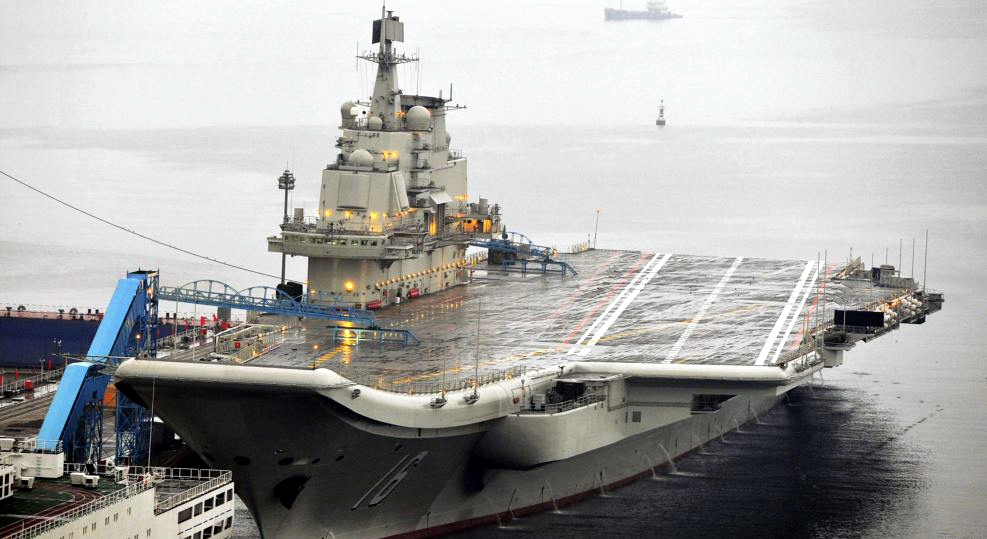 Taipei, 26 Dec 2016 : A group of Chinese warships led by the country’s sole aircraft carrier entered the top half of the South China Sea on Monday after passing south of Taiwan, the island’s defense ministry said of what China has termed a routine exercise.

The move comes amid renewed tension over self-ruled Taiwan, which Beijing claims as its own, following U.S. President-elect Donald Trump’s telephone call with the island’s president that upset Beijing.

The ministry said the aircraft carrier the Liaoning, accompanied by five vessels, had early Monday afternoon passed southeast of the Pratas Islands, which are controlled by Taiwan, heading southwest.

The carrier group earlier in the day passed 90 nautical miles south of Taiwan’s southernmost point via the Bashi Channel, between Taiwan and the Philippines.

“Staying vigilant and flexible has always been the normal method of maintaining airspace security,” said ministry spokesman Chen Chung-chi, declining to say whether Taiwan fighter jets were scrambled or if submarines had been deployed.

Chen said the ministry was continuing to “monitor and grasp the situation”.

Senior Taiwan opposition Nationalist lawmaker Johnny Chiang said the Liaoning exercise was China’s signal to the United States that it has broken through the “first island chain”, an area that includes Japan’s Ryukyu Islands and Taiwan.