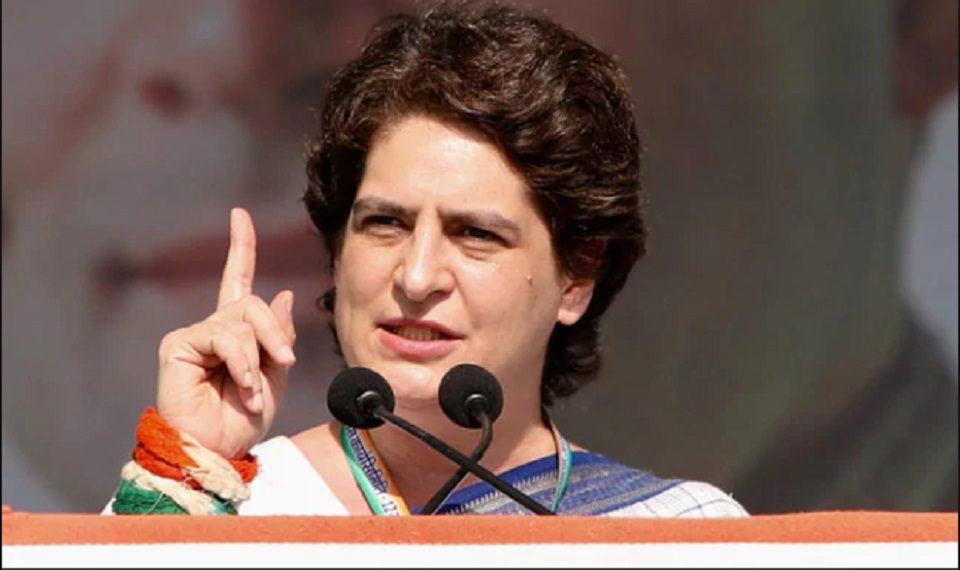 New Delhi, March 24 : Congress general secretary UP-East Priyanka Gandhi on Sunday attacked the BJP-led Uttar Pradesh government and accused Prime Minister Narendra Modi of ignoring the poor as dues to sugarcane farmers in the state crossed Rs 10,000 crore. The Congress leader said that Rs 10,000 crore are pending to farmers, which means the education, food and health services for their children as well as the next harvest is compromised.

Priyanka, who has been givent he responsibilty to revive Congress party’s fortunes in the crucial state, said that the Yogi Adityanath-led UP government doesn’t not take the reponsibility to pay the dues to farmers, while the “chowkidar” only worked for the riches.

“The families of sugarcane farmers work hard day and night. But the UP government does not take responsibility for their payments. Dues of Rs 10,000 crore to farmers mean the education, food, health of their children as well as the next crop is compromised. This chowkidar only serves the riches and doesn’t care about the poor,” Priyanka tweeted.

As per the date collected by the Cane Commissioner’s Office in Lucknow, the sugar mills in the state have bought sugarcane worth Rs 24,888.65 crore in the 2018-19 season. The were supposed to pay Rs 22,175.21 within the 14-day period of taking delivery of the cane.

Akhilesh to contest from Azamgarh; Mulayam not star SP campaigner