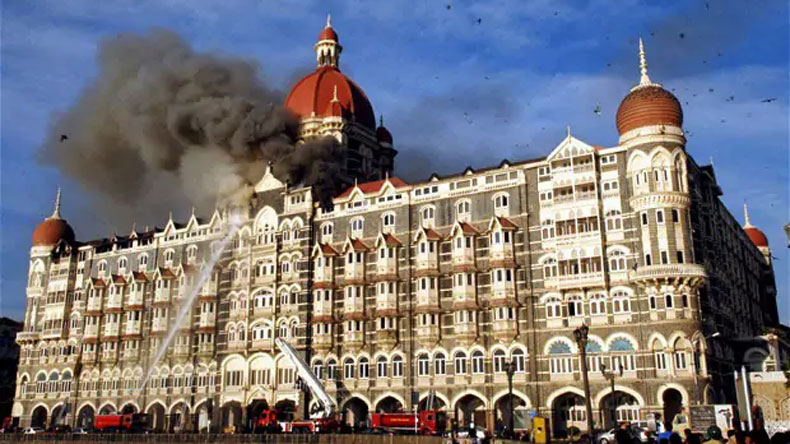 Mumbai, 26 Nov 2016 : On the eighth anniversary of the 26/11 terror strikes, Mumbai paused to remember the 166 victims, including the martyrs and other bravehearts, who were killed by 10 Pakistani militants, here on Saturday.

The official commemoration event was held at Police Gymkhana where Maharashtra Governor C.V. Rao laid a wreath and led the state in paying homage to all those who lost their lives in the terror attacks.

The guests included the widows, orphans and other family members of the martyrs and victims who remembered their near and dear ones lost in the 26/11 attacks, besides train and bus commuters and the common Mumbaikars.

The 10 heavily armed militants, who sneaked in through the Arabian Sea and landed at Colaba seashore in a rubber dingy, struck at multiple locations within a small geographical area in south Mumbai.

The attacks and the counter-terror operations by multiple security agencies, continued for 60 hours between the night of Wednesday November 26 till the dawn of Saturday, November 29, 2008.

Earlier, Chairman of all India Anti-Terrorist Front M.S. Bitta, actor Sonu Sood, Maharashtra ATS chief Atul Kulkarni and other senior officials honoured the families of the martyred police officials with a trophy at a function held in the Anjuman-e-Islam School where over 20,000 students were present.

The famous Dabbawallas of Mumbai organised a rally from Girgaum Chowpatty to Azad Maidan in which thousands of the tiffin box carriers and members of the public participated.

The Public Concern for Governance Trust and NCPA organised an event ‘Unity in Diversity – Together We Remember 26/11’ at the Jamshed Bhabha Theatre.

Several other functions, a commemorative concert by the Symphony Orchestra of India and a dance recital by Bharat S. Gakkai and screening of a documentary film ‘Hum Sab Ek Hain’ marked the day.