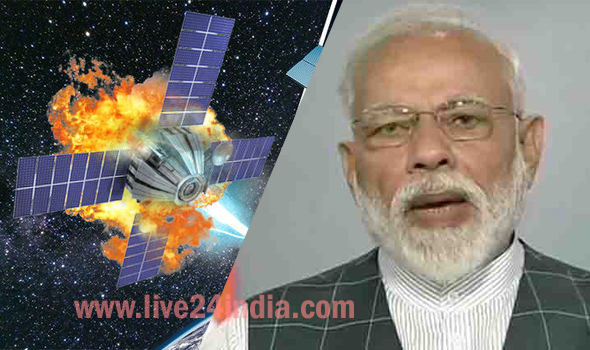 “Our scientists, a little while ago, have targeted a live satellite in space 300 km away in low earth orbit,” he said in a nationally televised speech.

“The pre-fixed target was destroyed by the A-SAT in just three minutes. With this, India has established itself as a space superpower.

“Mission Shakti was a difficult operation but a huge success,” the Prime Minister added.

Only the US, Russia and China possessed the technology until now, he added.

Saying the mission did not violate any international law, Modi said: “This is a proud moment for the country. Our scientists have made this happen.

“This new technology is not against anyone. It is only for the progress of India. We are only doing it for our safety and security.

“Our aim is to maintain peace and not develop a war-like situation,” the Prime Minister said.