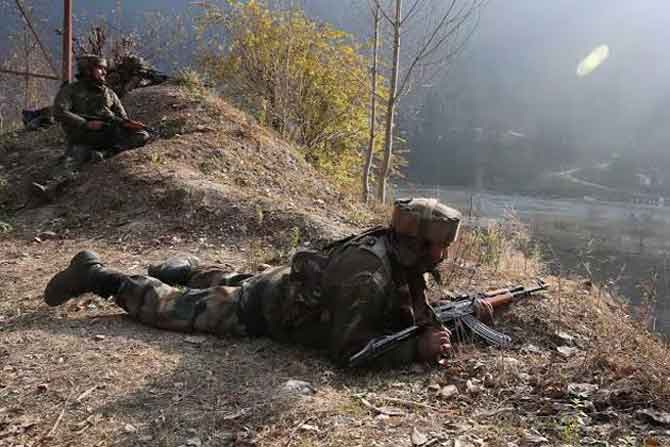 Uri (Jammu and Kashmir): Pakistan Army troopers fired at Indian posts here in Jammu and Kashmir on Tuesday, two days after an audacious terror strike killed 18 soldiers in the garrison town of Uri, near the Line of Control (LoC).

“Pakistani troopers resorted to heavy gunfire with small and automatic fire arms from across the Line of Control (LoC). No damage was caused to Indian posts,” a defence source said.

The firing targeted Indian posts in Lachhipora and Boniyar villages of the border area, the source said, adding: “The fire was returned with equal calibre weapons.”

The exchange of fire was continuing an hour after it started. Pakistan is often accused of firing at Indian posts to give cover to infiltrators.

The firing violates the 2003 ceasefire agreement between India and Pakistan along the international boundary and the LoC — the de facto border that divides Jammu and Kashmir between the two neighbours.

The border skirmish came as New Delhi and Islamabad are locked in a bitter diplomatic war of words following the Uri terror attack, which India has blamed on militants from Pakistan.

Pakistan has denied the allegations even as India claimed to have clinching evidence to support its claims.

The Indian Army has claimed to have recovered arms, ammunition and food and medicine packets with Pakistani markings during the combing operations at the military base in Uri.

India also claimed that the four terror attackers who were gunned down during the gun fight that lasted for about two-and-a-half hours were foreigners.