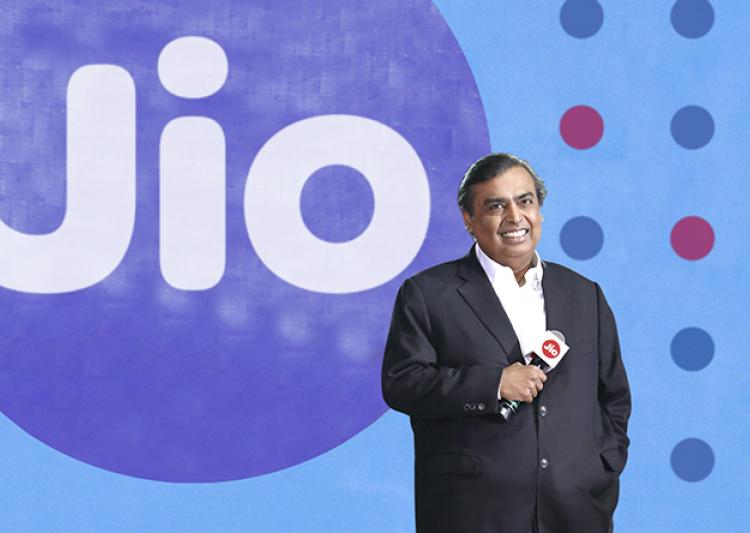 “Starting Dec 4, 2016 every new Jio user will get data, voice, video and the full bouquet of applications absolutely free till March 31, 2017. We are calling this Jio Happy New Year offer. All existing Jio customers will get extended benefits of Jio Happy New Year offer on current SIMs,” Ambani said in an address to stakeholders at RIL’s Navi Mumbai office.

Starting its service in September, Jio has already bagged over 52 million customers, he said, adding: “In the first three months, Jio has grown faster than Facebook, Whatsapp or Skype.”

Ambani said that on an average a Jio customer was “using 25 times more data than the average Indian broadband user.”

He said under the Jio Happy New Year offer., Jio customers will get 30 times the average usage on other networks absolutely free till March 31, 2017.

Jio has signed up more than 6 lakh customers every single day in the last three months, with the help of fast-track Aadhaar-based eKYC, which allowed SIM activation in five minutes.

“Today, Jio has successfully rolled out eKYC across 2 lakh outlets in India. To put this in perspective, this is nearly equal to the total number of ATMs in India. We are in the process of doubling this network, to 4 lakh digitally enabled outlets, by March 2017,” Ambani said.

Talking about the contentious issue of points of interconnections between Jio and other telecom operators, Ambani said “we have not received the required support from existing operators.”

“In the last three months, nearly 900 crore voice calls from Jio customers to the networks of our three largest competitors were blocked. The benefits of Jio’s superior voice technology have been denied to Indian customers due to such anti-competitive behaviour of incumbent operators,” he added.

“While we have started getting points of interconnect, we continue to monitor this capacity so that the Jio voice calling experience remains superior. Over the past months, the call block rates has come down from over 90 per cent to nearly 20 per cent as of yesterday.”

“We are working with all our fellow operators to ensure that in the coming weeks, this will come below the specified grade of service, which is 0.2 per cent. I want to reiterate that Jio is committed to ensuring that all domestic voice calls by Jio customers will be flawless and free,” he added.

He thanked the government and the telecom regulator for enforcing the licence conditions.

Saying that Jio now fully supports mobile number portability, and all customers can retain their existing number when they migrate to Jio, Ambani added: “We have recently introduced home delivery of Jio SIMs, so that these customers, who are often too busy to visit a store, can get a Jio SIM home delivered.”

“And once delivered, the Jio SIM can be activated in 5 minutes through eKYC. This feature is being progressively launched across India through the MyJio application and will be available in the top 100 cities by December 31, 2016.”

About 8 per cent of Jio towers have experienced congestion due to abnormally high data usage.

“As a result, customers served by these towers have experienced lower data speeds. While 92 per cent of our base stations, and customers, have been experiencing consistently high data speeds, we are not satisfied.

“We are working to decongest these 8 per cent towers, so that impacted customers go back to experiencing true-4G speeds. On the whole, Jio is not only delivering 4 TIMES more data than all other Indian telecom operators combined, but also much faster throughputs than any other mobile network in India,” Ambani said.

No tax on jewellery/gold purchased out of disclosed income