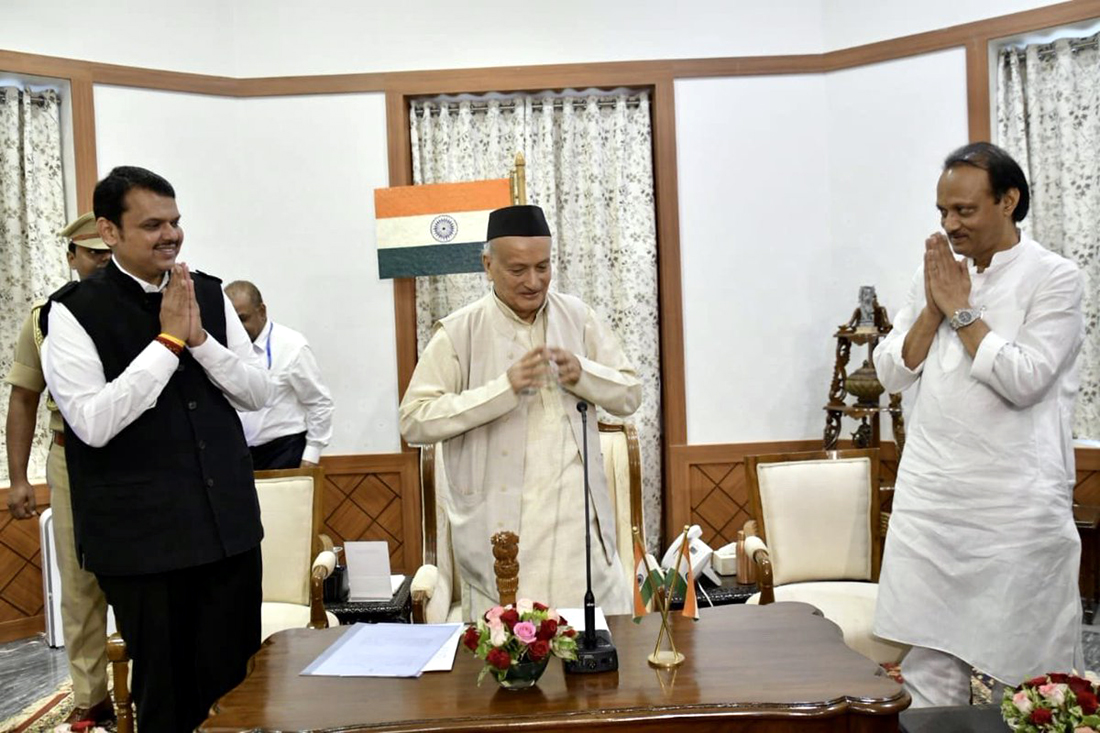 The Nationalist Congress Party, which was in talks with the Congress and the Shiv Sena to form a government in Maharashtra, was on Saturday left shell-shocked after BJP leader Devendra Fadnavis along with Sharad Pawar’s nephew Ajit Pawar took oath as the Chief Minister and Deputy Chief Minister of the state, respectively.

After Pawar, Supriya points to ‘split in family & party’

Shortly after Nationalist Congress Party (NCP) President Sharad Pawar washed his hands off nephew and senior NCP leader Ajit Pawars move to ally with the Bharatiya Janata Party (BJP) and form the government in Maharashtra, Supriya Sule indicated that the family and party have “split”.

Amit Shah said NRC to apply nationwide, no person of any religion should worry

Lockdown may not end on May 31, says Uddhav Thackeray 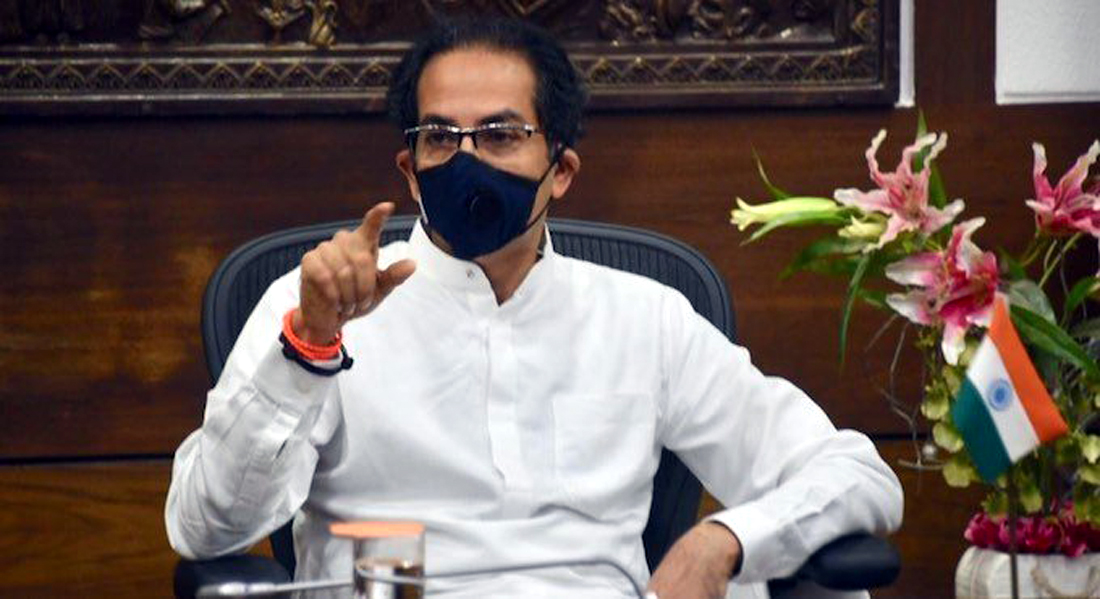 Mumbai, 25 May : Maharashtra Chief Minister Uddhav Thackeray on Sunday stated it was wrong to impose that the lockdown suddenly and now it cannot be lifted all at once.

While the total number of coronavirus cases in Maharashtra has been rising, Uddhav Thackeray said there was a need to be extra cautious during the upcoming monsoon. The nationwide lockdown, imposed to contain the spread of coronavirus, cannot be lifted even by May 31, he said.

In a televised message, Maharashtra Chief Minister said that it was wrong to impose the lockdown suddenly and it will be equally wrong to lift it in one go. Adding, he said that it will be a double whammy for our own people.”

NCP gets Fin, Home, UD for Sena, Revenue for Congress 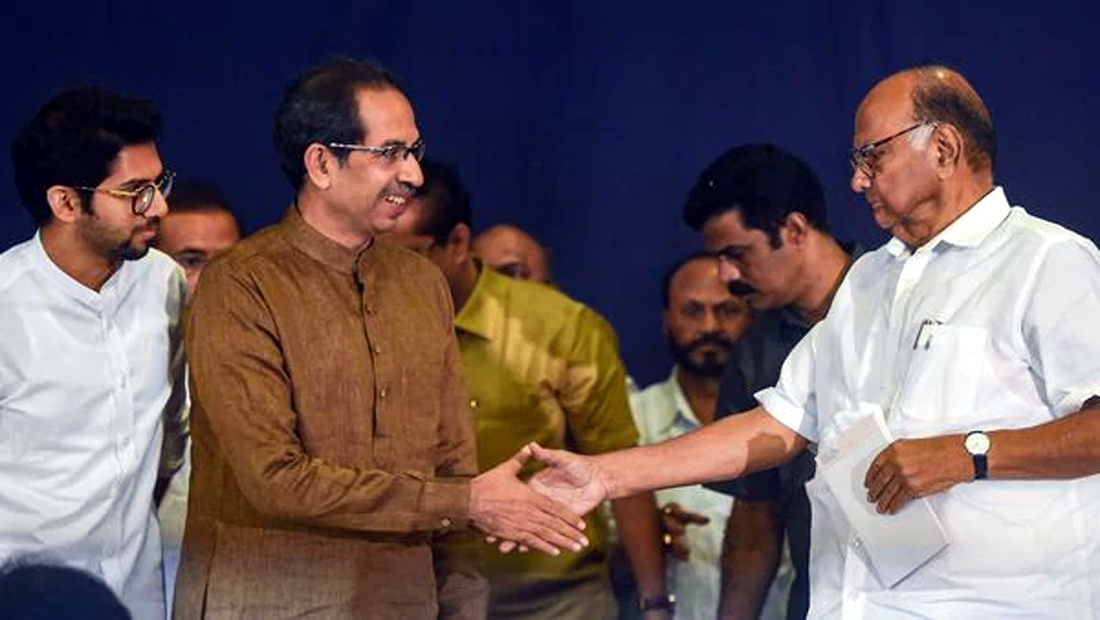 Mumbai, 5 Jan : The much-awaited distribution of portfolios for 32 Cabinet Ministers and 10 Ministers of State was carried out by Maharashtra Chief Minister Uddhav Thackeray with Nationalist Congress Party getting the significant assignments like Finance and Home, here on Sunday. 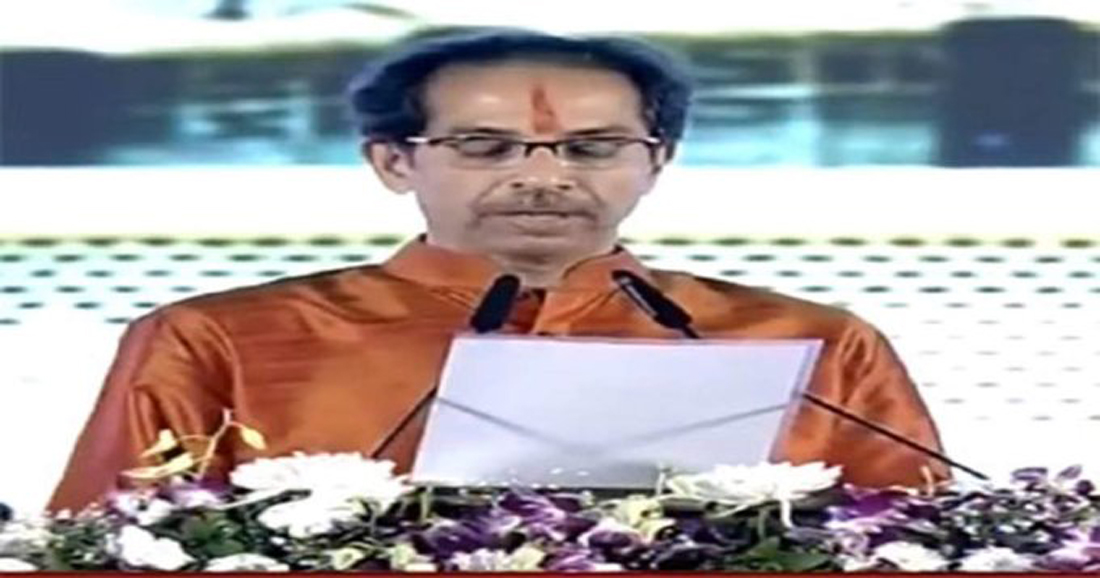 Mumbai, 28 Nov : Shiv Sena President Uddhav B. Thackeray was sworn in as the Chief Minister of Maharashtra at a grand function held at the Shivaji Park here on Thursday. Governor B.S. Koshyari administered the oath of office and secrecy to Uddhav Thackery at 6.40 p.m. with the Sena chief sporting a striking saffron coloured kurta-pyjama, his party’s colour.

In an unusual gesture of humility, soon after completing the formalities, Thackeray stepped to the front of the stage and knelt down, touching the floor with his hands and head to express his gratitude to the people of Maharashtra for the honour bestowed on him.

Besides, two legislators each from the Shiv Sena, Nationalist Congress Party and Congress, the key constituents of the Maha Vikas Aghadi (MVA), took oath as ministers. They are: Shiv Sena’s Eknath Shinde and Subhash Desai, NCP’s Jayant Patil and Chhagan Bhujbal, and Congress’ Balasaheb Thorat and Nitin Raut. Among the prominent dignitaries present on the occasion were more than 500 farmers and farm widows from all over Maharashtra, Uddhav Thackery’s cousin and Maharashtra Navnirman Sena President Raj Thackeray, industrialist Mukesh Ambani, his wife Nita Ambani and their family members.