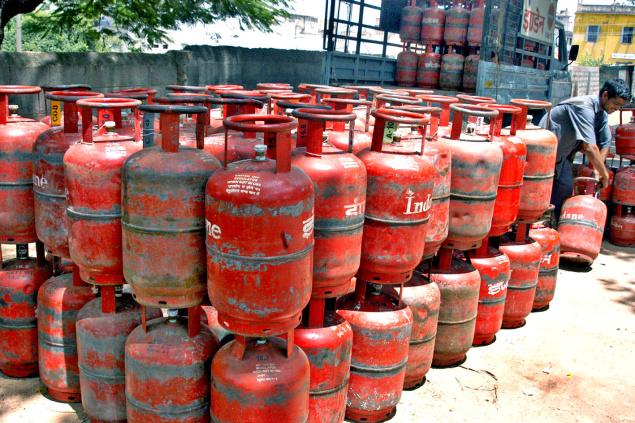 New Delhi, 1 Dec 2016 : State-run oil marketing companies (OMCs) hiked the price of subsidised cooking gas, or LPG, effective from Thursday by Rs 2.07 per cylinder, while that of aviation turbine fuel (ATF) was cut by 3.7 per cent.

OMCs revise rates of LPG and ATF on the first of every month, based on global oil prices and the foreign exchange rate.

In a move to reduce its LPG subsidy outgo, the government, in July, had decided on small hikes of around Rs 2 per cylinder every month.

The price of non-subsidised LPG, which consumers buy after exhausting their quota of 12 cylinders in a year, was also hiked on Thursday by Rs 54.5 to Rs 584.

Amid the continuing fluctuation in global oil prices, petrol has been hiked by 13 paise a litre, while diesel price has been cut by 12 paise at Delhi, with corresponding changes in other states, also effective from Thursday.