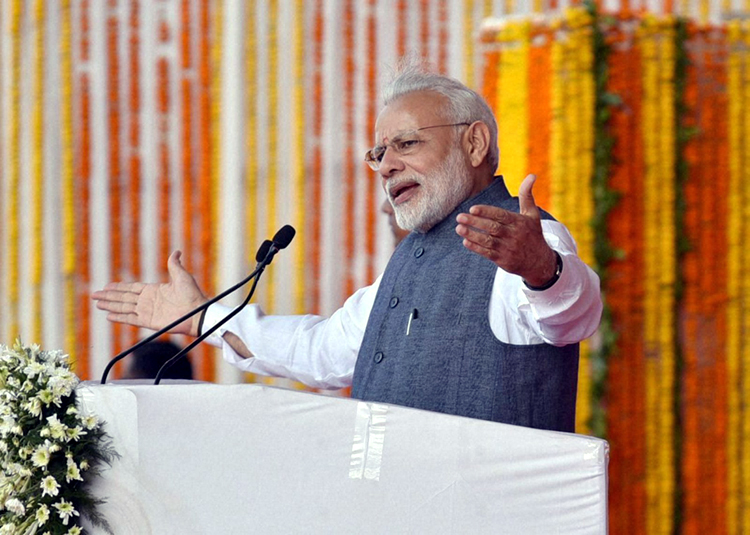 “Chhattisgarh has shown the way and demonstrated how a relatively smaller state can scale new heights in development,” the Prime Minister said at a public meeting after inaugurating the ‘Rajyostsav’ in Naya Raipur, the new state capital.

Modi recalled the efforts of former Prime Minister Atal Bihari Vajpayee for the formation of Chhattisgarh.

During the ceremony, the Prime Minister distributed certificates to functionaries of two districts and 15 blocks for good performance in the Open Defecation Free campaign. He also distributed cooking gas connections under the ‘Ujjwala’ scheme and solar pumps to mark the launch of ‘Saur Ujala Yojana’.

Chhattisgarh was formed on November 1, 2000, by carving out Chhattisgarhi-speaking tribal districts from Madhya Pradesh.

Complimenting the Raman Singh government in Chhattisgarh for its developmental works, Modi said: “Sixteen years ago, no one would have thought this Naxal-affected tribal state will give competition to developed states of India.”

On the need for skilling the underprivileged, he said the central government had set up a Ministry of Skill Development and Entrepreneurship and was implementing projects as per local requirements. Stressing on the need to raise agricultural income, the Prime Minister said the country has to make efforts to make agriculture viable.

Modi said he saw a great tourism potential in Chhattisgarh, which can result in economic opportunities for the poorest of the poor.