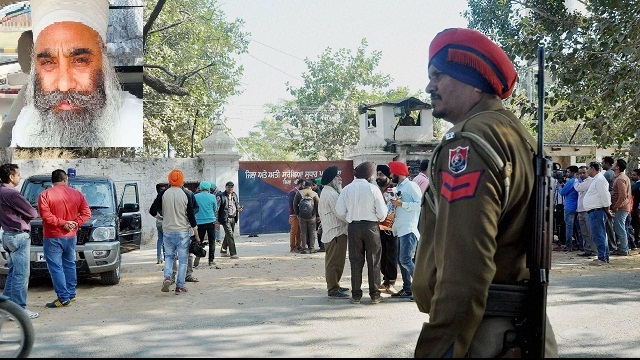 New Delhi/Chandigarh, 28 Nov 2016 : Khalistani terrorist Harminder Singh Mintoo was arrested from Delhi in a joint operation by the Punjab Police and the Special Cell of the Delhi Police on Monday morning.

According to senior officials of the Special Cell, Mintoo was arrested from a Delhi railway station.

“He was arrested after he made contact with one of his relatives in Subhash Nagar. The intercepted phone call helped in the arrest,” a senior officer of the Special Cell told IANS, requesting anonymity.

The arrest was made within 24 hours of the sensational jailbreak at the maximum security Nabha Jail in Punjab on Sunday in which two terrorists and four gangsters escaped after the prison was attacked by armed men.

The officer also said that Mintoo would be produced in a local court here and shall be handed over to the Punjab Police on transit remand.

On Sunday evening, Parminder Singh alias Pamma Singh, one of the alleged gunmen who helped in the jailbreak, was arrested in Uttar Pradesh’s Shamli district.