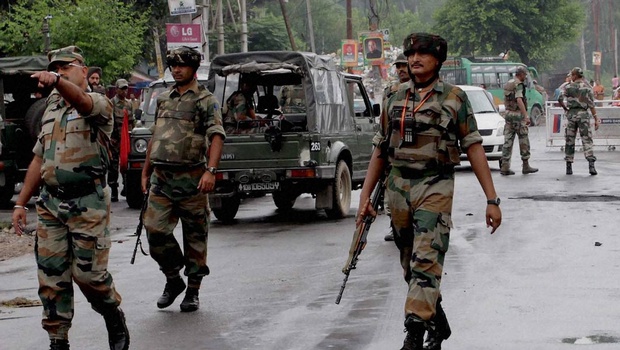 New Delhi: Pakistani intelligence agency ISI and that country’s Army have directed the militants operating in Jammu and Kashmir not to carry out attacks on civilians but to target security forces, leading to spurt in casualties among men in uniform, Home Ministry officials said.

Officials said the killing of three policemen by militants on Monday in Kashmir valley was a clear indication about the plans of the Pakistan-sponsored groups.

Citing the spurt in recent militancy-related violence in Jammu and Kashmir, the officials said the two powerful establishments in Pakistan told the militants to intensify their attacks on security forces.

However, the attack was foiled by security personnel who killing both the terrorists.

On March 20, two fidayeen militants of the same group had stormed a police station in Jammu’s Kathua district killing three security personnel and two civilians and injuring 11, including a DSP. Two militants were also killed in the gunfire.

BSF seizes Pakistan boat with nine on board