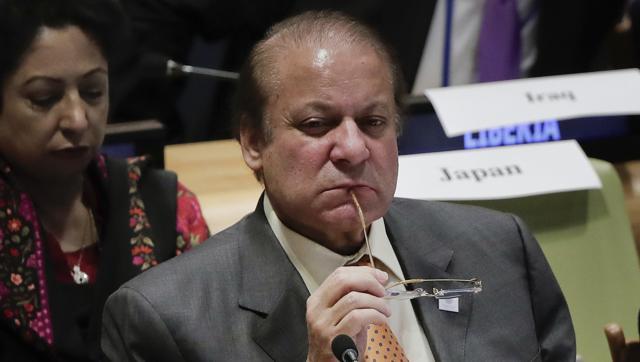 Islamabad, Nov 1 : The Pakistan Supreme Court on Tuesday asked the ruling Pakistan Muslim League-Nawaz and opposition Pakistan Tehreek-e-Insaf party to submit their views on formation of a commission to probe the Panama Papers scam. The court adjourned till November 3 the hearing of five constitutional petitions on the Panama Papers revelations about corruption, which allegedly involves Prime Minister Nawaz Sharif’s family.

The petitions seek disqualification of Nawaz Sharif, and the PTI especially is hell bent on his ouster as the Prime Minister.

The bench has sought that all the parties, including the PTI, which was to launch its Islamabad lockdown to force Nawaz Sharif to step down from November 2, should reconsider their position.

After the order was made public, former cricketer-turned politician Imran Khan thanked people who are fighting against corruption in the country. “Go home and rest,” he told supporters, “You have to return to Islamabad tomorrow.”

Declaring the Supreme Court’s decision a “victory” for it, Imran Khan’s party has decided to celebrate November 2 as ‘Youme-Tashakkur rally’ (thanksgiving rally).

Talking to media in Bani Gala, Imran Khan said he was happy with the apex court’s ruling on launching proceedings on the Panama Papers leaks scam from Thursday.

“I am elated that the investigation into Nawaz Sharif’s corruption will begin day after tomorrow (Thursday).”

He said his party had knocked every possible gate and eventually after being denied justice, approached people. He said that shutting down Islamabad was the only option left to force the Prime Minister to either resign or present himself for accountability.

“Since Supreme Court has already started investigations, they asked us to call off protest, so we will abide by that”, said Imran Khan.

Moments after the PTI changed its November 2 lockdown to thanksgiving rally in Islamabad, the government announced that it has ordered the capital administration to remove all containers and barricades from the city roads.

Imran Khan’s latest challenge to Sharif’s government was based on leaked documents from the Panama-based Mossack Fonseca law firm that appear to show the Prime Minister’s daughter and two sons owned offshore holding companies registered in the British Virgin Islands and used them to buy properties in London.

SRK not my back-slapping buddy: Anushka