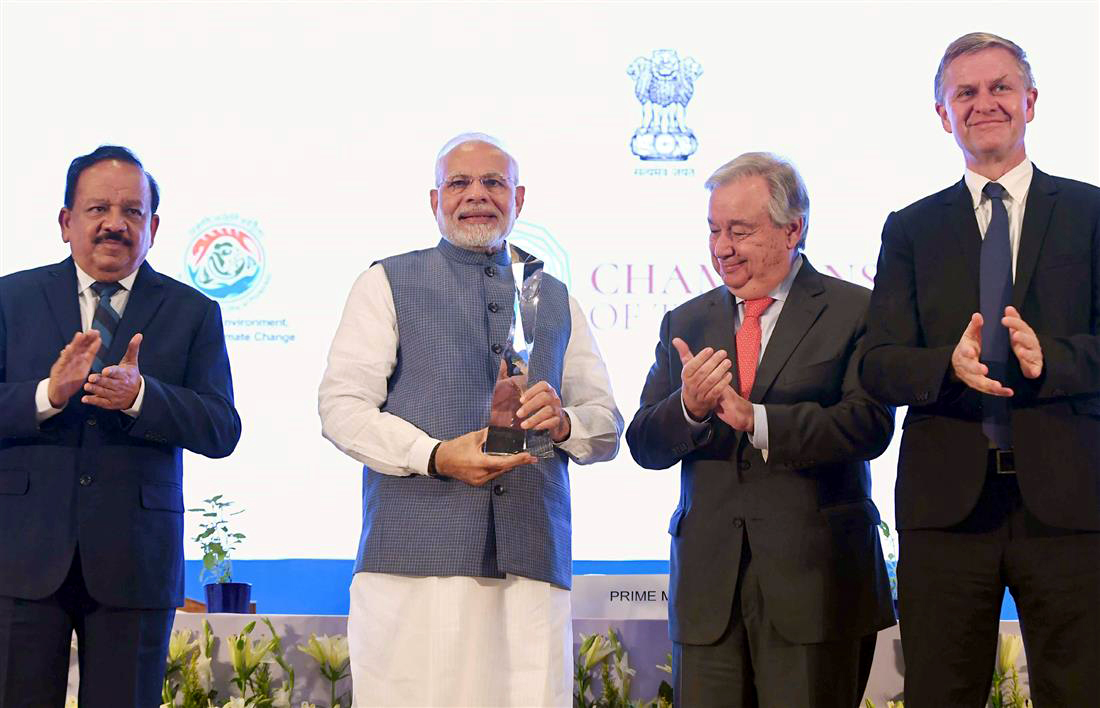 New Delhi, 3 October : Prime Minister Narendra Modi was today awarded the UN’s highest environmental honour the ‘Champions of the Earth Award’ for his leadership towards making our world a cleaner place.

Prime Minister Modi has been chosen not only for his leadership of the International Solar Alliance but also his pledge to eliminate single use plastic in India by 2022.

PM Modi also said that climate and calamity are directly related to culture.

The world has recognised India’s ancient connect with the environment.

Prime Minister stressed that ‘Sabka Saath,’ includes nature in it.

He reiterated that Climate justice must go hand in hand with mitigating climate change.

Adding another feather to India’s cap, the Cochin Airport which is the world’s first fully solar-powered airport, has also bagged the ‘Champion of Earth Prize.

It has taken on PM Modi’s challenge of generating 175 Gigawatts of renewable energy and has managed to bring down the cost of solar energy from Rs 17 to a little over two rupees.

BSP not to ally with Congress in MP, Rajasthan: Mayawati