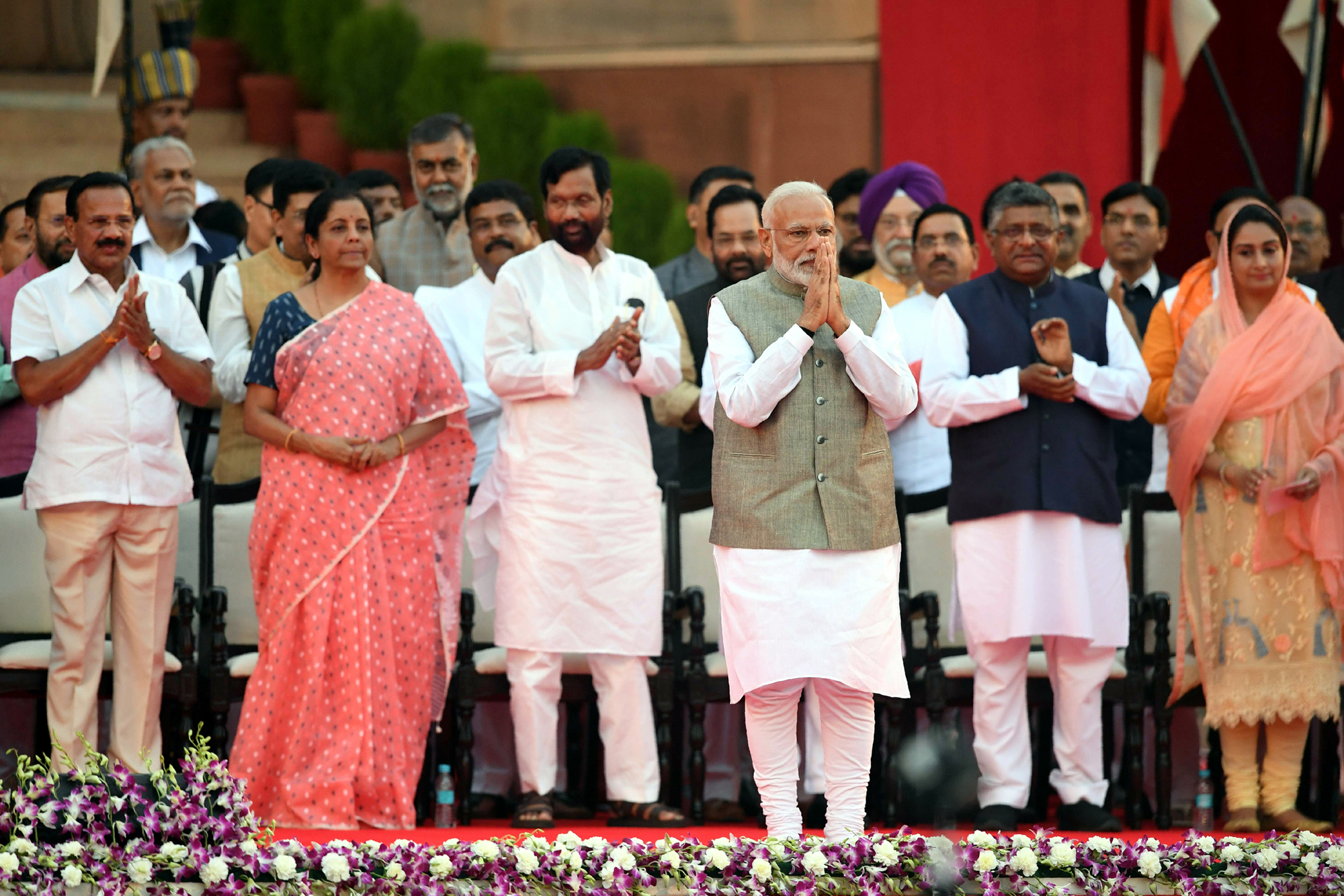 New Delhi, 30 May 2019 : Narendra Modi took oath as Prime Minister of India for the second successive time on Tuesday in a grand ceremony at the Rashtrapati Bhavan. He was joined by 24 cabinet-ranked ministers, 24 Ministers of State and another 09 Ministers of State (Independent Charge).

Narendra Modi is the only non-Congress PM to get two successive terms in office. He was the first to take the oath and was welcomed with a huge cheer at the forecourt of the Rashtrapati Bhavan. President Ram Nath Kovind administered the oath of office and secrecy to him and all the other ministers, wishing each of them luck in their democratic responsibilities. Among those who took oath as cabinet ministers were Amit Shah, Rajnath Singh, Nitin Gadkari, Nirmala Sitharaman, Ravi Shankar Prasad as well as leaders from NDA allies like Shiromani Akali Dal’s Harsimrat Kaur Badal and Lok Janshakti Party’s Ram Vilas Paswan. Allies JDU and Apna Dal do not figure in the new government.

As many as 21 states are represented by the ministers who took oath on Thursday. Uttar Pradesh has the highest representation with nine ministers from here, followed by eight from Maharashtra, six from Bihar, five from Madhya Pradesh and three each from Gujarat, Rajasthan and Haryana. There are six women ministers in the new government.

Watching the proceedings were nearly 8,000 guests at the Rashtrapati Bhavan. These included eminent personalities from the corporate world, Bollywood, politics and even foreign dignitaries. Four Presidents and three PMs were in attendance.

Rashtrapati Bhavan was all decked up for the event with the ceremony starting at 7 pm amid tight security. High tea was served to guests. This was followed by dinner inside Rashtrapati Bhavan.

Here is the full list of cabinet ministers in Modi Cabinet 2.0