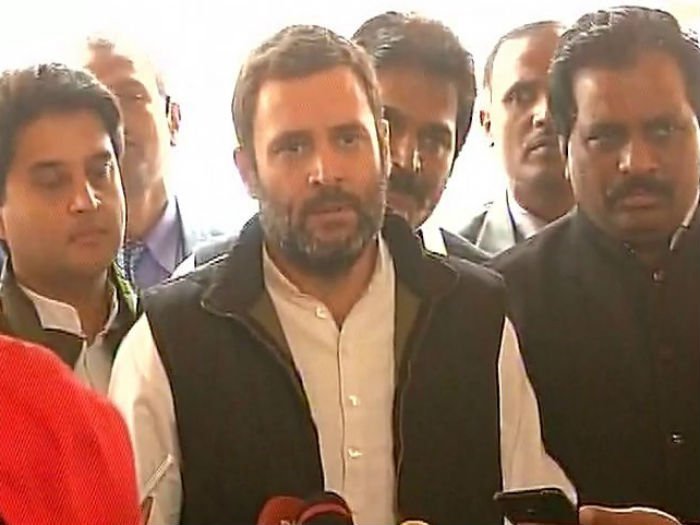 New Delhi, 9 Dec 2016 : Congress Vice President Rahul Gandhi on Friday accused the government of not allowing him to speak in Parliament despite his speech being ready, and said an “earthquake will come” if he gets the opportunity to speak.

“For the last one month I want to speak in the Lok Sabha… want to speak what is in the heart of the poor across the country about demonetisation… but I am being stopped from speaking,” Gandhi told the media here in the Parliament premises.

“If they allow me to speak in the Parliament then you shall see that an earthquake will happen,” Gandhi said.

The Congress leader alleged that demonetisation is the biggest scam in the history of India.

Hitting out at Prime Minister Narendra Modi, Gandhi said: “He is giving speeches across the country but scared of coming in the Lok Sabha. Why is he running away?”

The government and the Opposition has locked horns over the issue of demonetisation during the current winter session.

The government on November 8 announced to spike Rs 500 and 1,000 notes to curb “black money and corruption”. The spiking of the high value notes has created a cash crunch across the country.

Rajya Sabha adjourned for the day