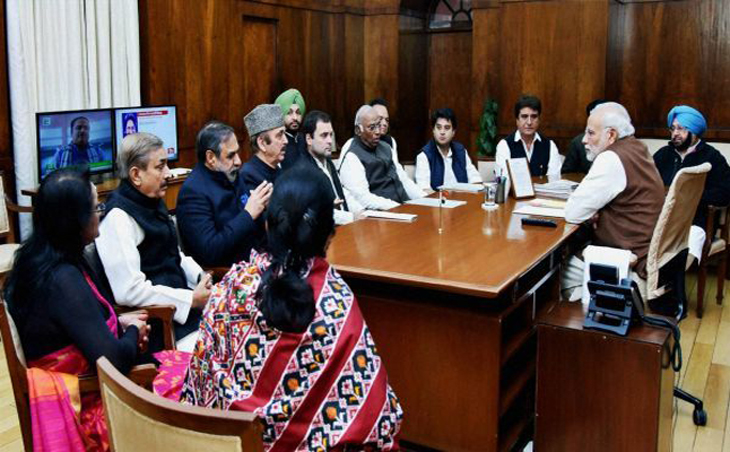 A Gandhi-led Congress delegation also raised the issue of farmer suicides with Modi and urged him to write off the loans given to farmers like it has been done in the case of corporates.

“This government has waived off loans of Rs 1.40 lakh crore to corporates. So we urged the government to waive off the loans of the farmers as well,” he said.

Gandhi also said that the government decision to remove import duty on wheat was a “terrible blow” to the farmers.

“The Prime Minister too admitted the condition of the farmers to be grave. But he did not say anything about waiving off the loans to farmers,” he said.

Gandhi’s meeting with Modi comes days after he vowed to expose the Prime Minister’s “personal complicity in corruption”.

Related Topics:BJPCongressNarendra ModiRahul and modiRahul Gandhi
Up Next