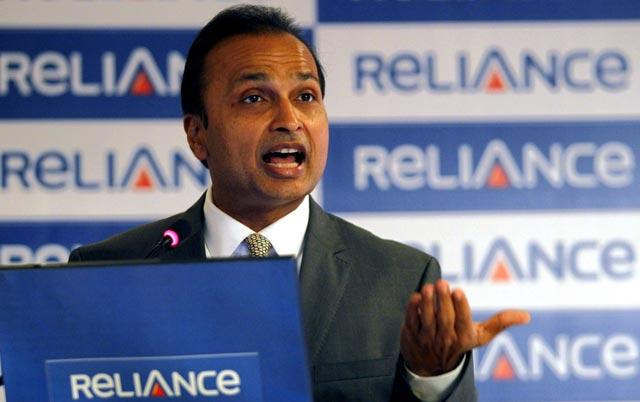 Mumbai, 23 Nov 2016 : Reliance Capital on Wednesday announced that it will be selling 49 per cent stake in its radio business and 100 per cent interest in the TV arena to Zee Group that will not just cut Rs 1,900 crore in debt but also unlock shareholder value.

The deal pegs the enterprise value of the radio and general entertainment TV business at Rs 1,900 crore, the company said in a filing with the stock exchange. The deal involved the popular 92.7 BIG FM radio channel.

“The entire proceeds from the stake sale will be used to reduce Reliance Capital’s debt by Rs 1,900 crore ($283 million) upon final completion of stake sale transactions. Both these transactions have been approved by the boards of respective companies and are expected to be completed by next year, subject to applicable approvals,” the company said.

“We are happy to bring in Zee Media as our partner in the Radio business and divest 100 per cent of our general entertainment TV business to Zee Entertainment,” said Sam Ghosh, Executive Director and Group CEO of Reliance Capital.

“This transaction is part of our strategy to reduce exposure in non-core business of media and entertainment and work towards further reducing our debt under Reliance Capital.”

Immediately after the regulatory filing, the shares of Reliance Capital rose to Rs 431.40 — up Rs 11.55 or 2.75 per cent. Ernst and Young was the financial advisor to Reliance Broadcast Network for the transactions.

Rajiv Singh, COO of Zee Media Corp, said his group was looking forward to the partnership with Reliance Capital, and that it will help the group reach out to a larger audience base.

“This transaction shall bring about the desired business diversity and will help in achieving the sound financial objectives at an accelerated pace. We are confident that this investment will enhance value for all stakeholders,” Singh said.

Punit Goenka, Managing Director of Zee Entertainment, said that by virtue of the deal, Big Magic will give his group access to comedy genre enhancing the customer offerings. “Big Ganga, a leading Bhojpuri channel, syncs with our strategy of expanding into the regional markets which offers attractive growth potential.”

Reliance Broadcast Network said it runs a network of FM Radio channels in India under the brand name of 92.7 Big FM, reaching out to 45 cities, 1,200 towns and over 200 million people. It will be transferring the 45 operational and 14 new channels into two special investment vehicles.

Zee Group will acquire 49 per cent stake in each of these two vehicles. Both companies shall also have an option for acquiring the balance 51 per cent stake in the vehicles after the stipulated lock-in period.

Both these channels would be merged into ZEEL as part of this transaction.

Big Bazaar to let customers withdraw money at its stores