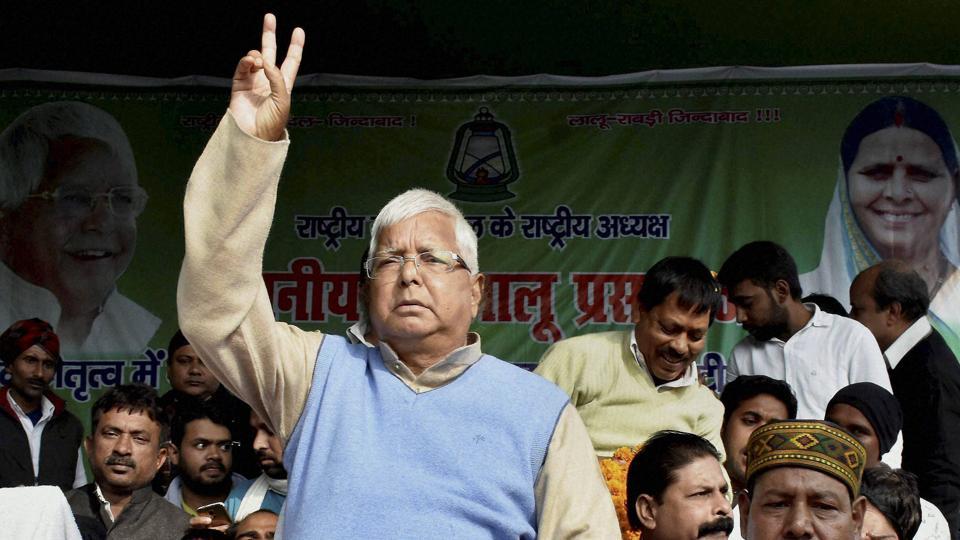 “Modi has derailed the economy through demonetisation, which had led to increased job losses,” Lalu Prasad said while participating in the ‘maha dharna’ held at Gardanibagh here.

The former Bihar Chief Minister urged the people to remove Modi to save the country.

“People across the country are facing problems and are forced to struggle for their own white money and for survival of small businesses to farming after demonnetisation. Modi has cheaated the country,” Lalu said in his address at the protest venue.

The Rashtriya Janata Dal is part of the ‘Maha Gathbandhan’ or state-level Grand Alliance with Nitish Kumar’s Janata Dal-United and the Congress.

The RJD chief dubbed demonetisationn as “anti-poor, anti-worker and anti-farmer”.

“The Modi-led NDA government at the Centre is against the poor, labourers and farmers,” the former Union minister added.

Lalu Prasad said a large number of migrant workers from Bihar were returning to their native villages following the shutdown of factories after the Centre scapped old Rs 500 and Rs 1,000 currency notes.

“More than anyone, the poorest of the poor have been badly hit by demonetisation. The poor are in deep trouble and battling for survival,” he said.

Thousands of RJD leaders and workers staged sit-ins at all district headquarters.

Bihar Chief Minister Nitish Kumar has supported demonetisation, while the RJD chief has opposed it.