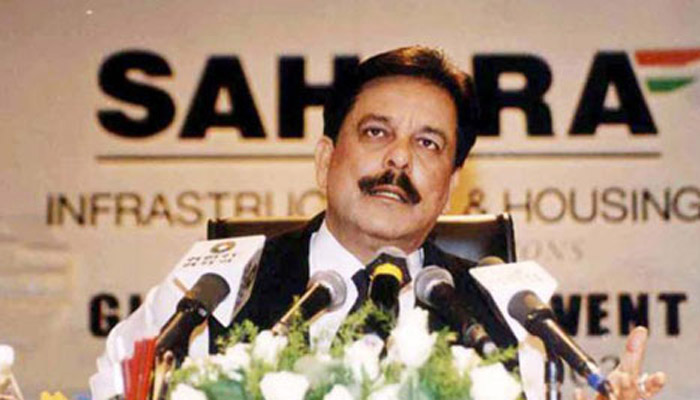 A bench of Chief Justice T.S. Thakur, Justice Anil R. Dave and Justice A.K.Sikri also made it clear that any failure to pay Rs 200 crore before the next date of hearing would result in all three going back to jail. New Delhi :  The Supreme Court on Wednesday asked the Sahara Group to deposit another Rs 200 crore by October 24, as it extended its interim order releasing its chief Subrata Roy and two other directors on parole.

A bench of Chief Justice T.S. Thakur, Justice Anil R. Dave and Justice A.K.Sikri also made it clear that any failure to pay Rs 200 crore before the next date of hearing would result in all three going back to jail.

The order assumes significance as on the last hearing on September 23, the bench, taking exception to certain averments of senior counsel Rajeev Dhavan, had terminated the interim arrangement of granting parole to Roy and had given him time till September 30 to surrender.

The top court had earlier on August 3 asked Sahara to deposit Rs 300 crore as it had extended his parole till September 16. This was later extended by one week. Roy and his son-in-law Ashok Roy Choudhary were granted parole on May 6 this year to attend the last rites of his mother who had passed away on May 5.

While extending the parole, the bench asked Sahara to give a road-map by which it wants to return 3.3 crore investors’ money that it had raised in 2008-09 through optionally fully convertible debentures.

The bench asked senior counsel Kapil Sibal appearing for Roy to sit with Sebi counsel Arvind Dattar and amicus curiae Shekhar Naphade and give it an agreed road map for the return of the with statement of how much money has to be paid, principal amount, interest thereon and what has already been paid by Sahara to market regulator Sebi.

The court also sought Sahara’s explanation on Sebi’s application that most of the properties given by Sahara for auctioning were attached by the Income Tax Authorities and there was no point in going ahead with the second round of auction.

While urging the court to put on hold the auction of Sahara properties and hold hearing on its plea for the appointment of receiver, the Sebi had told the court last week that of the 67 properties that were to be put to auction in the first phase, 63 stood provisionally attached on account of assessed dues of Sahara City Homes for the assessment year 2012-13.

It said it had put 58 properties for auction but could actually sell only seven, out of which five turned out to be under provisional attachment of IT Department.

The market regulator says that this amount now stands at about Rs 36,000 crore.