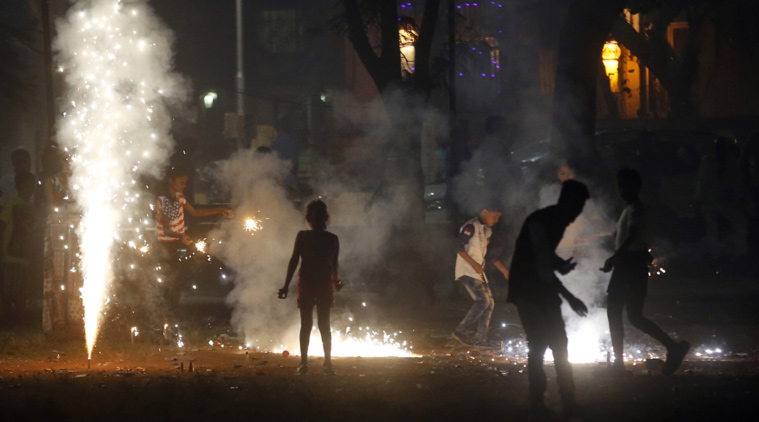 New Delhi, 29 Oct : Diwali this year in Delhi is expected to be significantly more polluted than in the previous two years. According to System of Air Quality and Weather Forecasting and Research (SAFAR) of the Ministry of Earth Science, the air quality in the National capital region will be “severe” on October 30 and 31 and “worst” on October 31.

“The highest levels of PM10 and PM2.5 are expected between 11 a.m. and 3 p.m. on the night of October 30 and 31. The air quality will be worst on October 31 and will start to improve from November 1,” says the SAFAR forecast.

There is enough moisture in the air and winds are stagnant, and atmospheric holding capacity of the emissions coming from firecrackers has increased. The highest levels of PM10 and PM2.5 are expected between 11 p.m. to 3 a.m. on the night of October 30-31.

Incidentally, the levels of particulate matter were significantly low in 2016 as compared to 2014 and 2015, but since October 25, started to become significantly higher.

“One of the chief reasons behind this Diwali being significantly more polluted than last two years, is crop burning in Punjab and Haryana,” said George.

“While every year around this time, farmers in Haryana and Punjab set paddy stubble ablaze to prepare for the next crop season, the pollution this year has been more,” he said .

As per SAFAR health advisory, when the AQI is severe, people should avoid all physical activity outdoors.