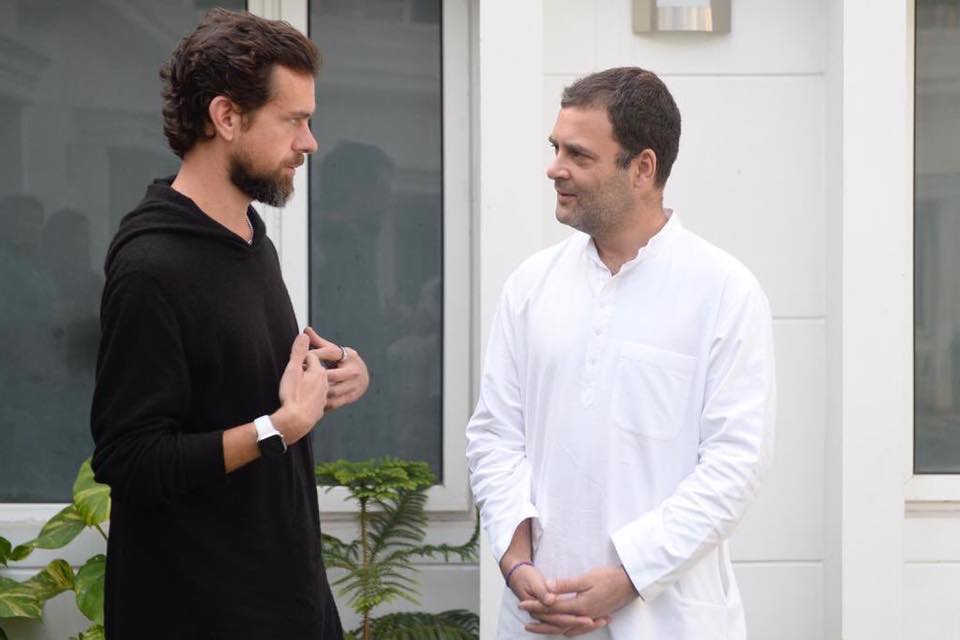 “Jack Dorsey, the Co Founder and CEO of Twitter dropped in to chat this morning.

“Twitter has grown into the most dominant ‘conversation’ platform globally. Jack explained some of the steps being taken to keep those conversations healthy and measures being taken to tackle the menace of fake news,” Gandhi tweeted.

The micro-blogging platform, that has 336 million users globally, is working hard to increase the collective health, openness and civility of dialogue on its platform.

Dorsey, who arrived in India on his maiden visit last week, also met the Dalai Lama over the weekend, calling him an “amazing teacher”.

“Thank you for not actually pulling out my nose ring, despite a lot of painful effort,” he tweeted after meeting the Dalai Lama.

Dorsey was also expected to meet Union IT Minister Ravi Shankar Prasad in the wake of the growing criticism over Twitter’s role in the spread of misinformation and fake news as India faces Assembly polls in five states ahead of the general elections next year. Searches on in J&K village