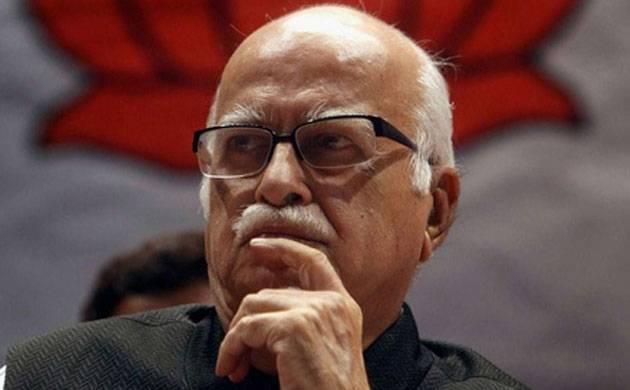 New Delhi, 15 Dec 2016 : Veteran BJP leader L.K. Advani on Thursday said he feels like resigning from Parliament because of unending disruptions in both houses.

He told three MPs, including Nana Patole from the Bharatiya Janata Party, that the now ailing former Prime Minister Atal Bihari Vajpayee would have been very sad to witness the state of affairs.

As the Lok Sabha was adjourned for the day shortly after noon, Advani remained seated in the house even as other members slowly left. Advani was approached by Idris Ali of the Trinamool Congress.

Journalists in the media gallery saw two other members with Ali including Patole.

Ali later told reporters that when he asked if Advani was feeling healthy, the former Deputy Prime Minister sighed: “My health is fine but the health of Parliament is not.

“I feel like resigning,” Idris quoted Advani as saying.

Idris said he then asked Advani about Vajpayee’s health. Advani replied: “He would have been very sad to see this.”

The BJP leader said the ruling and opposition leaders should meet Speaker Sumitra Mahajan and the house should debate demonetisation at least on Friday, the last day of the winter session.

“If the situation is the same on the last day as well, Parliament will be slandered.

“Such a thing has never happened in the House of Commons… adjourned for no reason. I feel ashamed,” he said.

Ali complained to Advani that Congress leader Rahul Gandhi was not being allowed to speak.

Advani countered: “Don’t take any person’s name. The issue is that Parliament should discuss the matter.”

On December 7, after similar disruptions, Advani remarked that neither Speaker Sumitra Mahajan nor Parliamentary Affairs Minister Ananth Kumar appeared to be running the house.