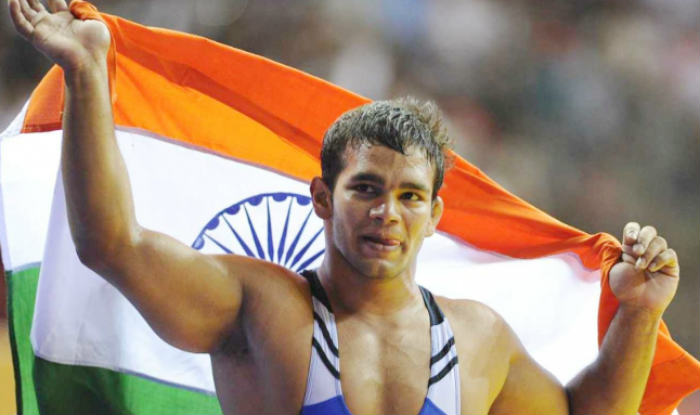 New Delhi, Aug 16 Indian wrestler Narsingh Yadav’s participation in the Rio Olympics was in jeopardy on Tuesday with the World Anti-Doping Agency (WADA) appealing in the Court of Arbitration for Sports (CAS) against the clean chit given to him.

Indian wrestler Narsingh Yadav’s Olympic dream was thrown into jeopardy today after the World Anti-Doping Agency (WADA) decided to appeal against the clean chit given to him by NADA in a dope scandal back home.

“WADA has appealed against the NADA (National Anti-Doping Agency) clearance in Court of Arbitration (CAS). Now the hearing is on and the IOA Secretary General (Rajeev Mehta) is there with WADA officials,” Indian contingent’s chef-de-mission Rakesh Gupta informed

Narsingh was supposed to begin his campaign on August 19 but now faces the prospect of a career-ending four-year ban if the Court of Arbitration for Sports (CAS) upholds WADA’s appeal.

“We are left with two options; to take two-days’ time and fight the case or a time of one month for reply which would have jeopardised his career. His fate will now be decided on August 18. We will fight till the end,” Mehta.

“We will reply on basis of merit, let’s hope for the best. This is the best option we are left with and now we are living in hope.”

The wrestler began his preparation at the Games Village with training under his coach but to his utter dismay there was more trouble brewing as WADA was not convinced with the clearance.

“They were not convinced by the NADA clearance so they challenged it in the CAS. The hearing will determine his fate,” Gupta said.

Narsingh had tested positive for a banned anabolic steroid — methandienone — in tests conducted on June 25.

The World Championships bronze-medallist had claimed that he was victim of a conspiracy by rivals, a theory that was accepted by NADA which exonerated him after a hurried appeal.

It was alleged by Narsingh that his food or drinks might have been spiked with the banned substance by rivals. The Wrestling Federation of India (WFI) had also backed him fully during the controversy.

The latest setback marks another chapter of turmoil in Narsingh’s career. He had been in the eye of storm ever since he was picked ahead of double-Olympic medallist Sushil Kumar, who dragged the matter to court demanding a trial to pick the best man to represent India in the 74kg category.

The court as well as the WFI rejected his demand following which Narsingh’s Olympic bid was derailed by the dope scandal.

He managed to get the NADA and WFI backing in time to board the flight to Rio but could well be grounded for good if WADA’s appeal is upheld by CAS.
(REOPENS FGN 29)

Wrestling Federation of India (WFI) president Brij Bhushan Sharan Singh said: “We came to know about the appeal yesterday and we have replied through our lawyer yesterday itself. Now 18th is the hearing. We have a strong case.

Going to Pakistan same as going to hell : Parrikar