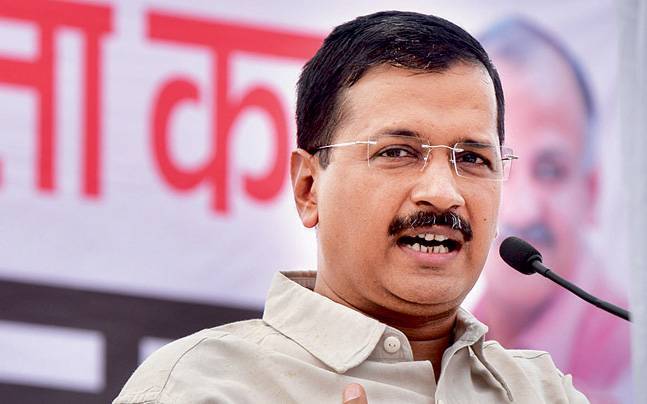 New Delhi, 17 Nov 2016 : Delhi Chief Minister Arvind Kejriwal on Thursday asked the government to take back the demonetisation decision in three days or face a revolt by the common man.

Addressing a public rally with West Bengal Chief Minister Mamata Benerjee here, Kejriwal alleged a conspiracy behind the spiking of 500 and 1,000 rupee notes that has led to a cash chaos across the country.  ‘Do you think people are fools?’ he asked rhetorically.

‘Don’t fool us. Don’t say that standing in queues (outside banks and ATMs) is patriotism. ‘Take back this decision in three days… Don’t test people’s patience. Otherwise, there will be a ‘bhagawat’ (revolt) by people,’ he said.

The Aam Aadmi Party leader also blamed the government for the reported deaths of 40 people in the country that have been linked to the dramatic announcement of November 8 that the high value currency would no more be legal tender.

‘Who is responsible for these 40 deaths?’ he asked. Kejriwal again hurled corruption allegations at Prime Minister Narendra Modi.

There was a time, he said, when he too thought that Modi was an honest man. But Kejriwal flashed what he said were Income Tax department’s documents to allege that two corporate houses had paid huge bribes to Modi when he was the Gujarat Chief Minister.

Kejriwal said the government hoped to collect Rs 10 lakh crore from people following the demonetisation to make up for the massive losses the banks have suffered by giving out whopping loans to corporate houses that have now become bad debts.

Japan PM to be first foreign leader to meet Trump