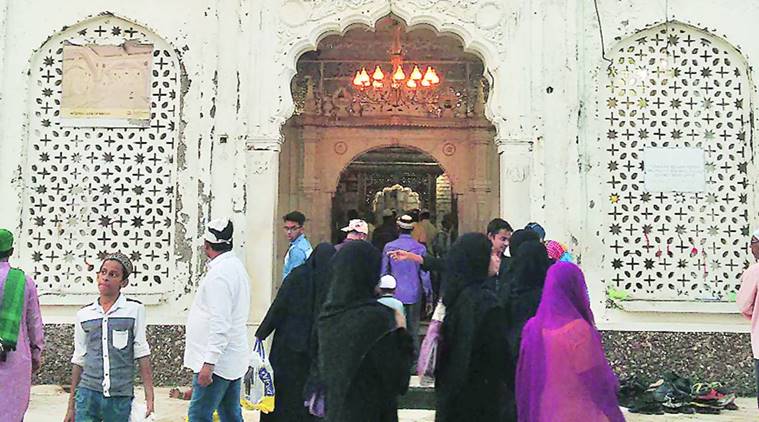 Mumbai, 29 Nov 2016 : After five years, a series of legal battles and agitations, a group of women activists will enter the famous Haji Ali dargah (mausoleum) here on Tuesday afternoon, an activist said.

A group of around 75-80 women from all over India would visit the shrine for prayers around 3 p.m., said the activist expressing the intent to enter the dargah on the rocks off Worli in the Arabian Sea.

“It will be routine now, we have not informed the police or the Dargah trust. We shall pay our respects and come out,” Bharatiya Muslim Mahila Andolan (BMMA) co-founder Noorjehan S. Niaz told.

In 2014, the BMMA and others challenged the move of the Haji Ali Dargah Trust in the courts.

On August 26, Justice V.M. Kanade and Justice Revathi Mohite-Dhere had ruled in favour of the petitioners and directed the trust to allow equal access to women, which the trust challenged in the Supreme Court.

The Supreme Court on October 24 delivered its verdict on grounds of equal access to men and women, even as the trust expressed readiness to allow women inside till the sanctum sanctorum.

The Trust authorities sought four weeks time to make certain infrastructural changes and alterations to accommodate the women devotees, who would now throng the shrine.

Niaz said the women would offer floral tributes, ‘chadars’ and pray for peace at the Dargah today.

“It was a fight for equality, ending gender bias and our Constitutional rights. We are happy that it has resulted in women and men getting equal unrestricted access right till the sanctum sanctorum,” Niaz pointed out.

A trustee of the Dargah, Suhail Khandwani said that there would be separate entries to the shrine for men and women and henceforth nobody would be allowed to touch the peer’s tomb.

Under the new arrangements, all devotees would wait and pray nearly two metres away from the tomb with rights of equal access to all.