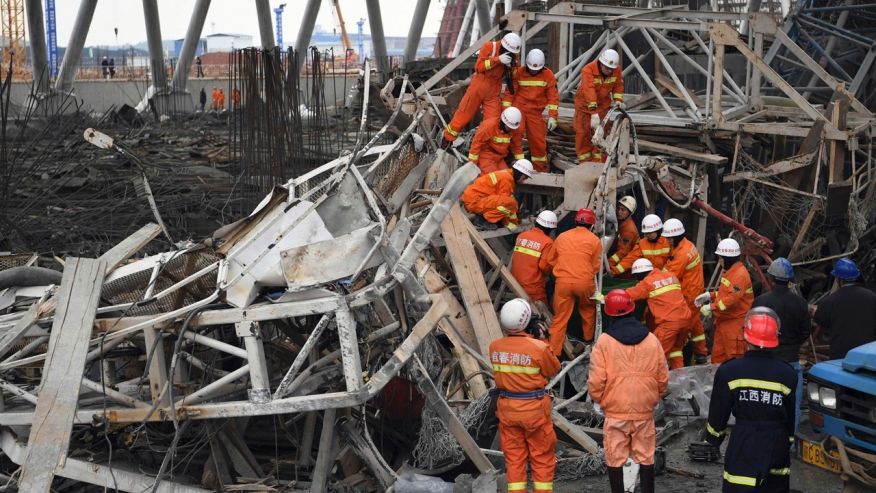 Beijing, 24 Nov 2016 : At least 67 persons were killed and one was reported missing as an under-construction building of a power plant collapsed in China’s Jiangxi province on Thursday, rescuers said.

About 70 persons were working at the site when the platform collapsed at the Fengcheng Power Plant in Yichun city, Xinhua news agency reported.

Two people were injured in the accident. Rescue work was underway.

Despite the tightening of labour security regulations in China, a lack of security measures still claims thousands of lives each year, as controls tend to be scarce and some companies ignore workplace safety standards in search of greater profits.

According to official data, some 281,000 work accidents were reported in China last year, resulting in the death of 66,182 people, although some non-governmental organisations claim that the actual figure is higher, as many accidents go unreported.