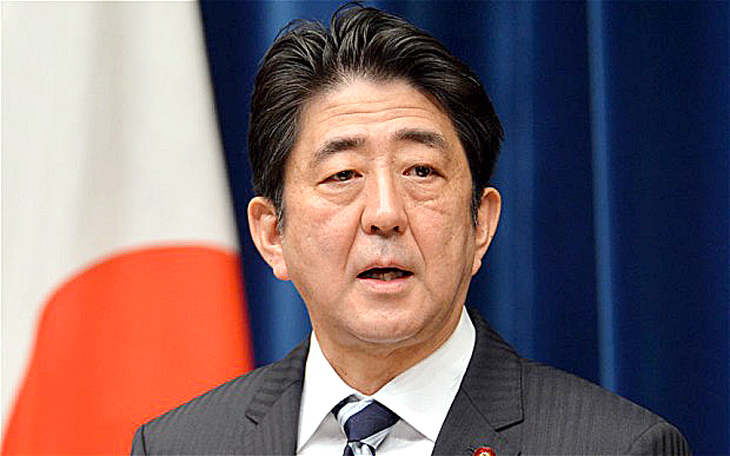 Washington, 28 Dec 2016 : Japanese Prime Minister Shinzo Abe’s visit to Pearl Harbor, during which he offered no apology for Japan’s sneak attack on the US in World War II, serves no more than a political show that aims to strengthen Japanese-US alliance.

Saying he was “speechless” when standing at the Pearl Harbour memorial constructed on the sunken USS Arizona, Abe on Tuesday acknowledged that the US and Japan fought a fierce war “that will go down in the annuls of human history”, agency reported.

“Each and every one of those servicemen had a mother and a father anxious about his safety. Many had wives and girlfriends they loved. And many must have had children they would have loved to watch grow up. All of that was brought to an end,” said Abe.

He said the Japanese had taken a “solemn vow” to never again wage war, CNN reported.

The Japanese government billed Abe’s visit as a tour of reconciliation.

However, except from offering his “sincere and everlasting condolences” to the souls of the 2,400 Americans killed by troops of the Japanese imperial forces, no apology from Abe was issued.

About 20 US vessels were sunk or damaged and over 300 US aircraft were damaged or destroyed when more than 350 Japanese warplanes launched a stealth attack on Pearl Harbour on the morning of December 7, 1941.

The attack came as a shock to the Americans and directly led to the US joining the World War II.

Japan surrendered on August 15, 1945, after the US dropped two atomic bombs on the Japanese cities of Hiroshima and Nagasaki respectively on August 6 and August 9.

For years, Abe and his cohorts had refused to reckon with Japanese aggression during World War II and the stealthy attack at Pearl Harbour had for long been described as an inevitable incident caused by US-led oil embargo that wreaked havoc on the imperial Japan.

By whitewashing the Japanese wartime history and highlighting the historic devastation caused by US bombings of Hiroshima and Nagasaki, right-wing Japanese politicians, including Abe, helped to implant a distorted historical narrative in some Japanese, who till now believe that the Imperial Japan was the victim, rather than the initiator of the war.

“It’s incredibly important (to know about the war) because I strongly feel that if we don’t know histor,y then we are at risk of repeating the dangers of what happened in history,” said Cruick Shank, a visitor from Massachusetts.

In his speech on Tuesday, Obama reflected on the events at Pearl Harbour 75 years ago while also paying tribute to the restored relations between Japan and the US.

He said “our alliance has never been stronger”.

“The US and Japan chose friendship and they chose peace. Over the decades, our alliances have made the nations more successful,” Obama said.

Apart from reciprocating Obama’s visit to Hiroshima, Abe’s trip to Pearl Harbour was believed to be the latest step by the Japanese government to strengthen the Japan-US alliance before Trump’s inauguration in January.

During his presidential campaign, Trump repeatedly ripped US defence of Japan as a one-sided and expensive deal.

Abe and Obama also held their last bilateral meeting together on Tuesday.

Both leaders discussed security, economic and global challenges, according to the White House.

The meeting was one of Obama’s final meetings with a world leader.

Japan’s Kyodo News quoted a senior Japanese official as saying that since the election of Trump, Japan had been forced to think how best to show the President-elect that Japan was a trustworthy partner.