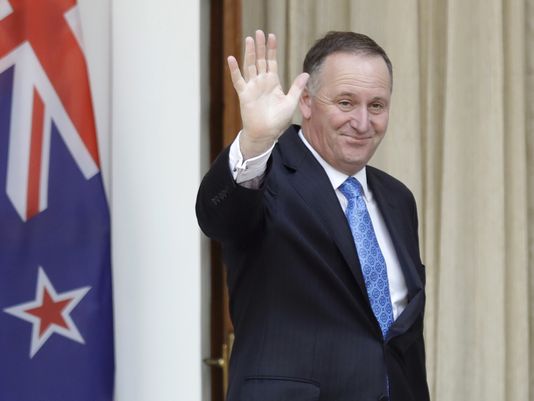 “This is the hardest decision I’ve ever made and I don’t know what I’ll do next,” said Key, Efe news reported.

Key also resigned as the National Party leader. He announced his decision at a press conference explaining the job had required great sacrifices “from those who are dearest to me.”

According to the New Zealand Herald, Key’s wife, Bronagh, asked him to step down due to the “extraordinary levels of intrusion” in the lives of their two children, daughter Stephie and son Max.

The National Party will hold a special caucus on December 12 to decide who would be their new leader and new prime minister, although current Finance Minister and Deputy Prime Minister Bill English is expected to take over.

Economy Minister Steven Joyce is expected to be the new head of Finance.

The possible date for new elections in New Zealand is November 2017.

2 pilots killed as warplane shot down in Aleppo