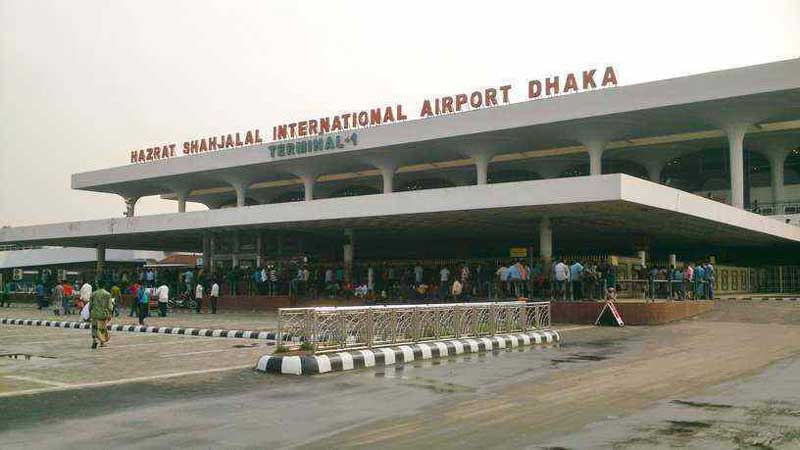 Dhaka, 07 Nov 2016 : Security at Dhaka’s Hazrat Shahjalal International airport was beefed up on Monday following a knife attack that left a security guard dead and three other security personnel injured.

A knife-wielding man attacked the security guard posted at the entrance to the departure lounge at the airport on Sunday night, a Dhaka Metropolitan Police (DMP) official said.

“We are not letting anyone enter the airport to see off people,” Dhaka Tribune quoted Armed Police Battalion (APBn) Additional Superintendent of Police Tanjina Akhter as saying.

“We are trying to ensure that there is no gathering in the canopy area,” she said.

The dead guard was identified as Md Sohagh Ali, 28, who is a member of Ansar, a lightly-armed volunteer paramilitary force for the preservation of internal security and law enforcement in Bangladesh.

Dhaka Metropolitan Ansar’s North zone chief Ibrahim Bhuiyan said that an injured Ansar personnel Zia has been transferred to the Combined Military Hospital, where doctors have said his condition was also critical”.

The other two injured constables, Ashik and Ishtiak, were being treated at the Kurmitola hospital.

The Dhaka Metropolitan Police official said law enforcers shot down the attacker and captured him alive.

“The attacker is undergoing treatment at Dhaka Medical College Hospital. We are investigating the matter,” the official said.

The motive behind the attack is unknown yet.

The attacker was wearing a T-shirt that is the uniform of AK Traders, the company providing cleaning services at the airport. But he was not an employee of the company, reported bdnews24.com.

Jet to fly to Singapore from Bengaluru daily